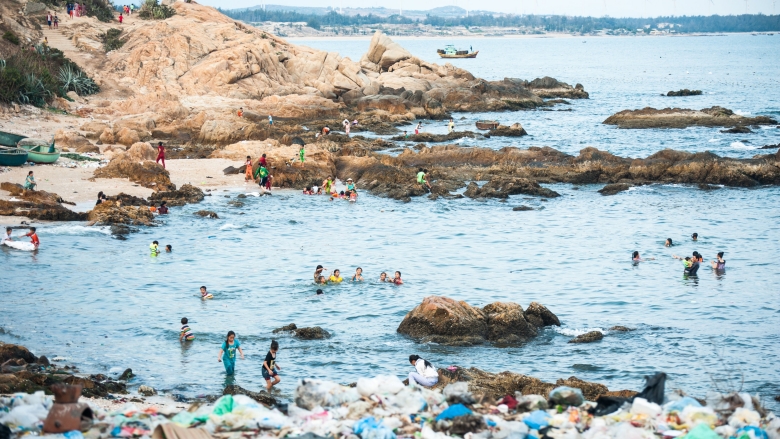 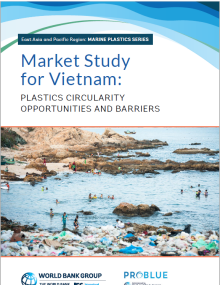 Plastics make a vital contribution to the Vietnamese economy. Plastics are commonly used in a wide range of industries in the country, including packaging, consumer goods, electronics, automotives, aviation, textiles, and agriculture. In 2019, Vietnam’s plastics industry produced 8.89 million tonnes of products, and the industry contributed an estimated US$17.5 billion to the national economy, representing 6.7 % of GDP.

However, mismanaged plastics waste has serious economic, environmental, and social consequences. Asia is responsible for more than 80 % of plastics leakages into marine environments, with eight out of the top 10 contributing countries from this region – with Vietnam ranking fourth globally, according to some estimates.

Vietnam recycled about 33% of key plastics resins in 2019.

About 75%  of the material value of the key plastics resins – approximately US$2.2 billion to US$2.9 billion per year – is lost in Vietnam when 2.62 million tonnes are disposed of annually rather than recycled into valuable materials.

Several structural challenges cause a market failure for plastics recycling:

During the ongoing COVID-19 pandemic, these challenges have amplified in the form of declined supply to the recycling industry due to changes in consumption patterns and a significant reduction in demand for recycled products resulting from low oil prices and the economic slowdown. 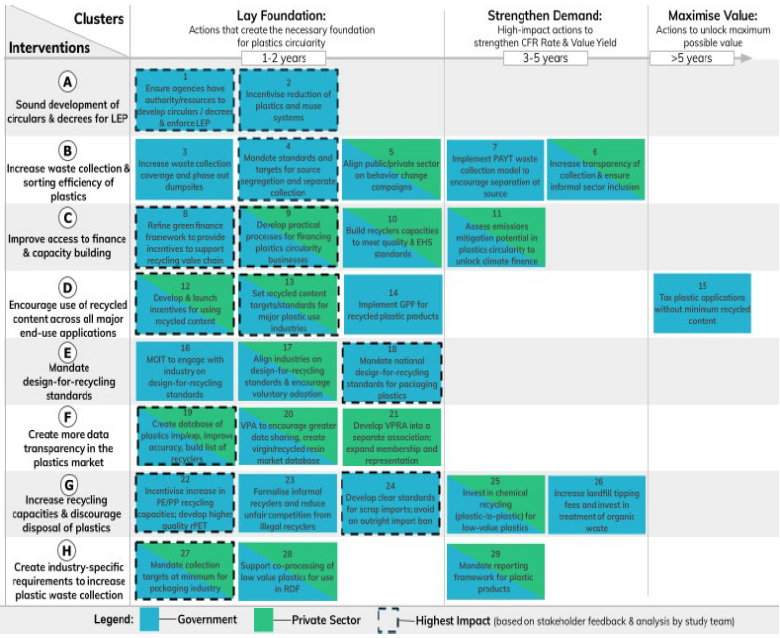 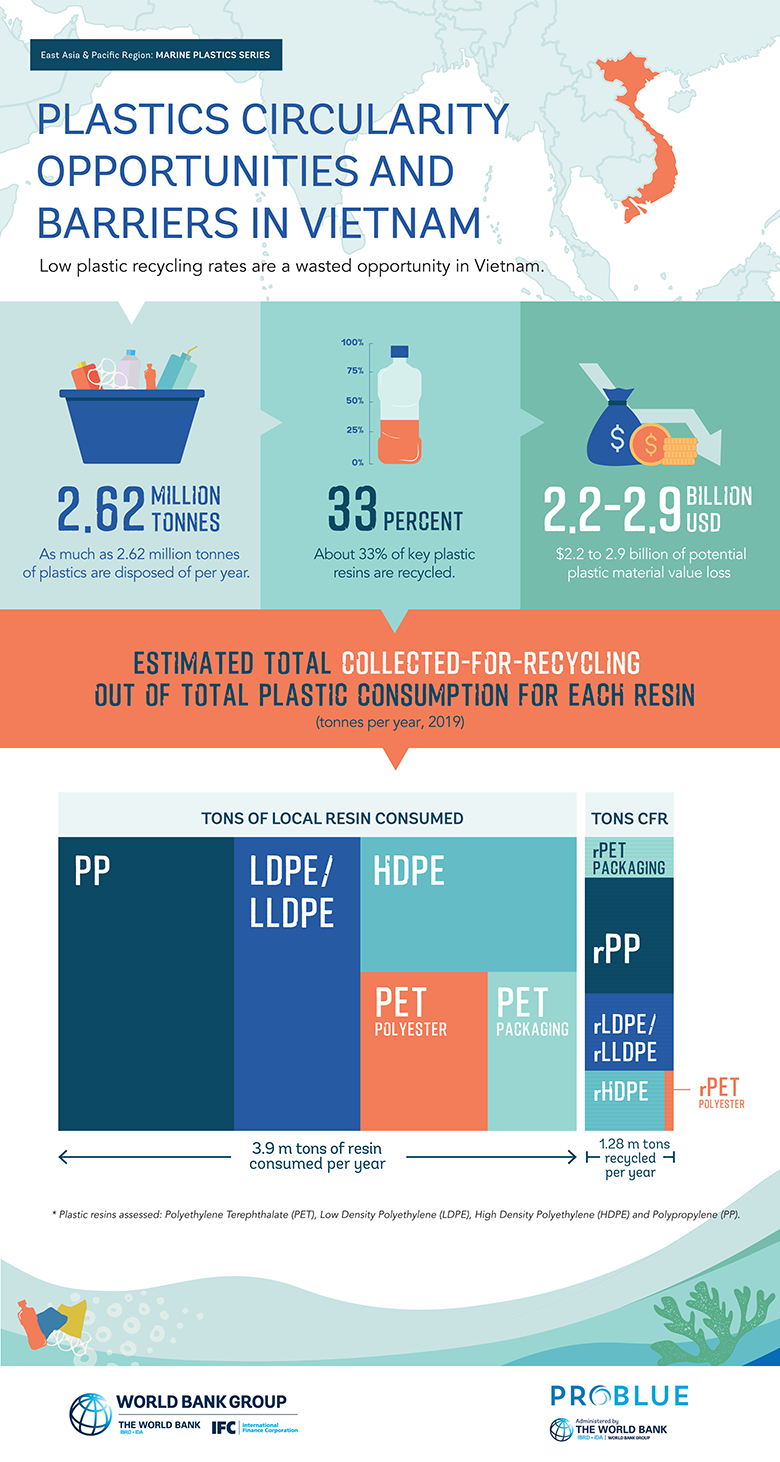