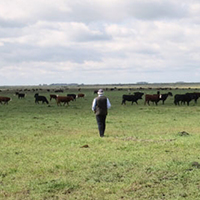 The World Bank In Uruguay

Uruguay stands out in Latin America for being an egalitarian society and for its high income per capita, low level of inequality and poverty and the almost complete absence of extreme poverty.

Uruguay: Commitments by Fiscal Year (in millions of dollars)*

Find out what the Bank Group's branches are doing in Uruguay