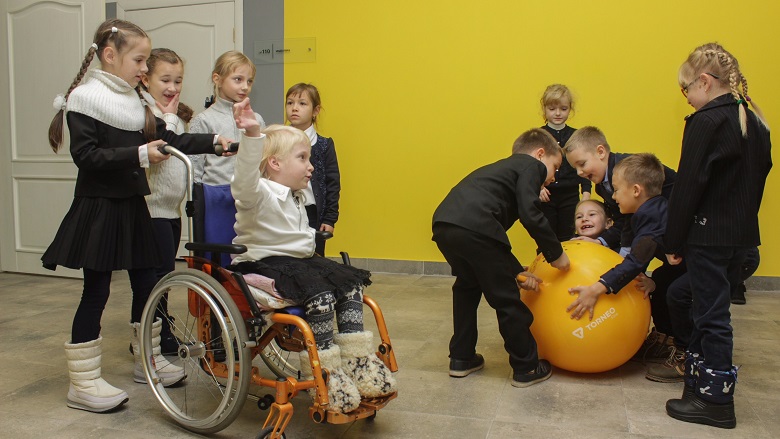 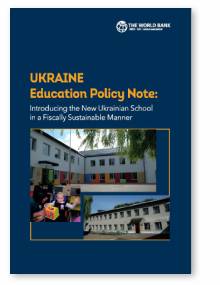 Ukraine’s education sector is undergoing ambitious and long overdue reforms which hold significant promise for a fundamental transformation of the sector. Important new laws have been passed in recent years – for Higher Education in 2014, for Research and Scientific Activity in 2015, and the “Law on Education” in 2017.

Alongside Ukraine’s Budget Decentralization Reform in 2014, these laws represent a major shift towards devolving authority from central to local government and an expansion of decision-making autonomy by local authorities and education service providers such as schools and universities. Moreover, as part of these reforms, per student-financing for schools was introduced in 2017, incentivizing local education authorities to use resources more efficiently. 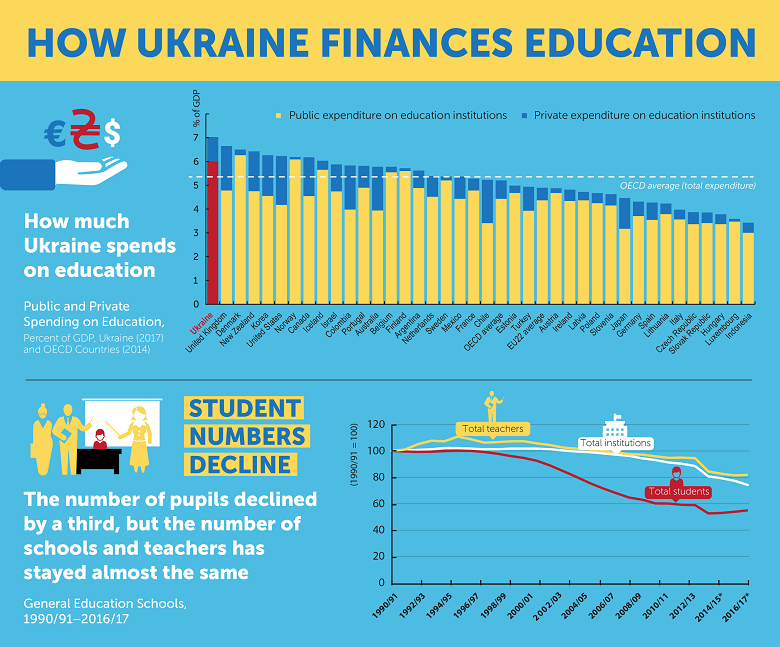 To inform and educate citizens about the need for change and reform in Ukraine’s education sector, a national dialogue took place over three years which culminated in the definition of “The New Ukrainian School.” This process also outlined a range of challenges in general secondary education, which reforms must start to address.

Some of the key challenges outlined include the following: pupils are often only able to reproduce pieces of unstructured knowledge, which they cannot use to solve everyday problems; the current method of teaching in schools does not motivate children to learn; teachers are demoralized because of low social status and low salaries; and not all Ukrainian citizens have equal access to quality education because of chronic underfunding in the sector.

While the recent changes and laws represent the most ambitious reform agenda for Ukraine’s education system since the collapse of the Soviet Union, some significant challenges have been identified. For instance, the Law on Education passed in 2017 includes a promise to increase teachers’ starting salaries to four times the minimum living wage by 2023. If not managed carefully, however, this increase threatens to put the education sector on a fiscally unsustainable path which could undermine the broader reform agenda.

This Policy Note highlights some areas of the reform agenda where more focus is needed going forward, and presents a range of options for how to implement the promised wage increase in a fiscally sustainable manner.