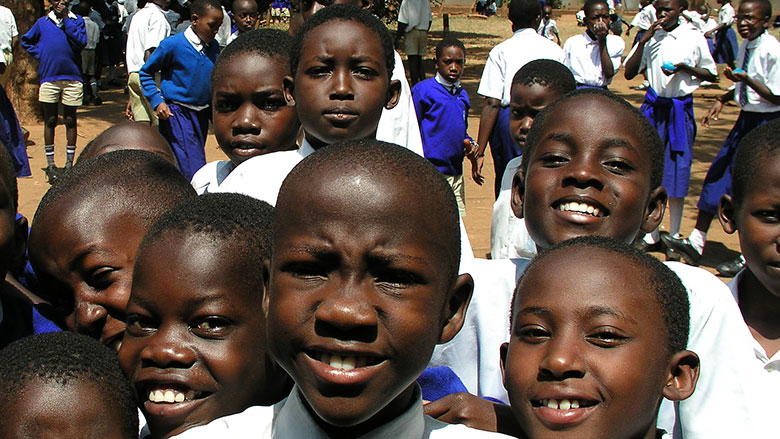 KAMPALA, June 7, 2019 – An increase in government spending on education would improve enrollment and the quality of learning in Ugandan schools, raising the human capital necessary to sustain productivity and economic growth, according to the World Bank’s latest Uganda Economic Update.

The report, “Economic Development and Human Capital in Uganda: A Case for Investing More in Education,” shows Uganda’s current budget expenditure on education is among lowest in the region. During last five years, education expenditure as a share of the national budget was declining in Uganda reaching 10% in 2017/18 while average for Sub-Saharan Africa is 16% and has been steadily increasing over the same period.

By under-investing in education, the report warns that Uganda risks not reaping the full benefits of developing its human capital, which is essential for countries to increase productivity to grow their economies and improve the well-being of their citizens.

“Education remains a cornerstone of success and is critical for attaining the knowledge and skills necessary for one to find a job or get into self-employment,” said Tony Thompson, World Bank Country Manager for Uganda. “As the job market becomes more technology-driven and disruptive, requiring high levels of social and life skills, education is shifting to keep up with the changing world of work, and Uganda must keep up as well.”

A World Bank study found that in Africa, each year of schooling raises average earnings by 11.3% for males and 14.5% for females. Attending pre-school for one year also enhances cognitive skills during early childhood, improves academic skills during elementary school, and increases earnings by 5%.

Uganda is falling behind on this, the report notes. While primary school enrollment has increased following introduction of Universal Primary Education, enrollment remains low in pre-primary and secondary schools. A big percentage dropout or fail to meet the minimum proficiency in reading and mathematics by the time they are completing basic education. Children from poor families and those in underserved areas are less likely to learn.

According to the World Bank’s Human Capital Index (HCI), a tool that measures the contribution of education and health towards the productivity of a country’s next generation of workers, Uganda is ranked among the countries in the lowest quartile of the HCI distribution, with an index slightly lower than the average for Sub-Saharan Africa region and below what would be predicted by its income level. According to the update, Uganda’s low ranking in the HCI is mainly due to the country’s low education outcomes.

A child born in Uganda today will be only 38% as productive when she grows up as she could be if she enjoyed complete education and full health. A child in Uganda completes seven years of education by age 18, compared to 8.1 for their regional counterparts. However, actual years of learning are only 4.5, with 2.5 years considered ‘wasted’ due to poor quality of education.

“Significant additional public investments are required for Uganda to achieve educational outcomes comparable to the neighboring countries,” said Mourad Ezzine, World Bank advisor in the Global Education Practice and co-author of the report. “Such investments need to be made in a sustainable and efficient manner with strong focus on resolving key stumbling blocks for education development.”

To turn around these trends, the report proposes a three-pronged strategy for Uganda to improve its HCI by 2025. This includes: (i) improving the quality and completion rate of primary education, (ii) expanding access to secondary education, while improving its quality, equity and efficiency, and (iii) devising ways to sustainably finance such efforts. These actions will raise efficiency of public spending, receive better value for money from the private sector and achieve better educational results, according to the report, and are crucial to reducing poverty, boosting shared prosperity and economic growth as Uganda enters a new phase of economic development.