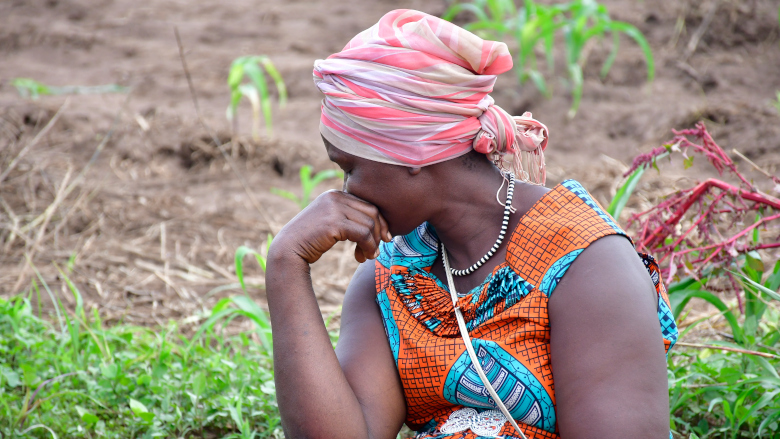 Changing social norms that underpin violence against children and GBV and supporting economic empowerment for women would provide better protection to those at risk (Photo credit: Edgar Batte).

KAMPALA, October 8, 2020—Displaced communities and those that host large numbers of refugees face high risks of violence, including sexual exploitation and abuse, according to a new World Bank assessment.

The recently-launched study, Gender-Based Violence and Violence Against Children: Prevention and Response Services in Uganda’s Refugee-Hosting Districts shows that identifying negative impacts that could result from project activities or risks already existing in the communities, and embedding preventive measures could provide better protection and response services. The assessment was conducted by the World Bank-financed Uganda Development Response to Displacement Impacts Project (DRDIP). According to UNHCR, 81% of Uganda’s 1.4 million refugees are women and children, who are at high risk of gender-based violence (GBV), including sexual exploitation and abuse (SEA), rape, forced and child marriage, and intimate partner violence (IPV).

Host communities face similar challenges. Compared with a national average of 51%, the 2016 Uganda Demographic and Health Survey showed that 64% of women ages 15–49 in the refugee-hosting West Nile subregion report having experienced physical, sexual, or emotional violence perpetrated by their current or most recent spouse or partner . In response to the 2018 National Violence Against Children Survey, one in four girls and one in 10 boys reported having experienced sexual violence in the 12 months prior.

According to the DRDIP assessment, the most common causes of violence against women and children in hosting and refugee communities, include poverty, substance abuse, discriminatory gender roles, and widespread acceptance of violence, which are reinforced by social norms.  Physical violence, for example, is a widely accepted form of “disciplining” women and children. School violence and the absence of child-friendly and accessible services for reporting and responding to violence against children further increases risk for boys and girls.

Many survivors of GBV and violence against children who live in host communities face various barriers to access essential services—health, psychosocial support, justice, and safety—due to gaps in the existing referral systems, poor case tracking, and weak coordination among duty bearers, the report notes. GBV and violence against children services offered by humanitarian partners can generate parallel structures for the provision of services, which are not necessarily aligned with or integrated into local and national protection systems.

Prevention programs are fragmented and low in scale, and efforts to address risks factors through the socioeconomic empowerment of women and girls are limited. Despite their common risk factors, programming for GBV and violence against children continue to operate in silos, each with its own funding streams and actors.

The assessment, which was led by the Office of the Prime Minister and the Ministry of Gender, Labour and Social Development in coordination with the United Nations High Commissioner for Refugees and development partners, and provides several recommendations to strengthen protection against GBV and VAC, namely: 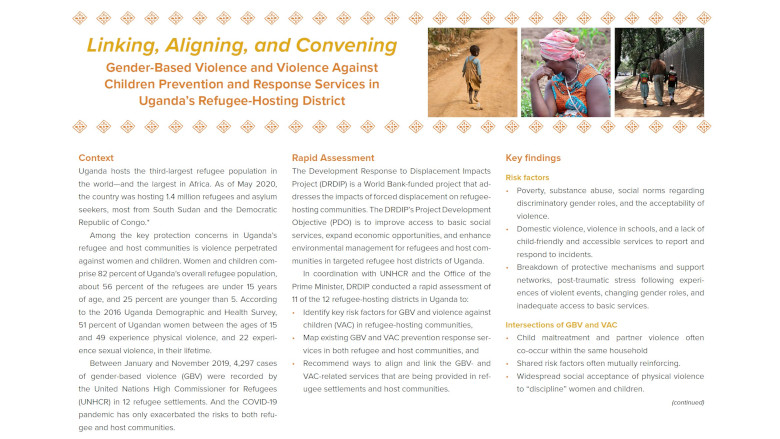