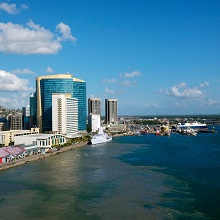 The World Bank In Trinidad and Tobago

Trinidad and Tobago, a twin island state of 1.3 million people and high-income country rich in natural resources, has one of the highest per capita incomes in Latin America and the Caribbean.