Monitoring the Impact of COVID-19 in Thailand 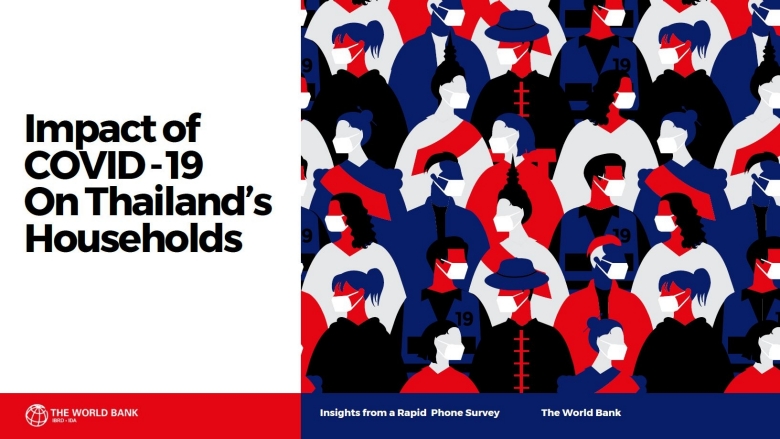 Thailand was the second country to report a COVID-19 case in January 2020. The Thai Government was able to maintain the number of COVID-19 cases low for as long as September 2020, a result of an early lockdown and effective contact tracing strategy. While the measures taken by the Government slowed down the spread of the pandemic in Thailand, they resulted in loss of jobs, incomes, businesses and food security for families and education for children.  Unfortunately, subsequent waves and emerging new variants have imposed a major economic challenge on the country as the number of COVID-19 cases surged to over 2,000 cases per day in May 2021 and led to new strict containment measures.

To monitor the social and economic impacts of the COVID-19 pandemic in Thailand, the World Bank funded a rapid phone survey that was conducted by Gallup Poll from April 27 to June 15, 2021. The survey interviewed around 2,000 adults aged 18+. The survey instrument covered themes of employment, household sources of income, access to food and food security, social protection and coping mechanisms, access to education, and access to health services and the COVID-19 vaccines.

The survey provides real-time, ground-level picture of the effects on employment and income, food security, coping mechanisms, education, and health as the COVID-19 pandemic unfolds. Continued monitoring of the social and economic impacts through subsequent rounds of the survey is thus important in informing the design of inclusive economic recovery policies and programs for Thai households.