Skip to Main Navigation
This page in:_
publication April 9, 2018 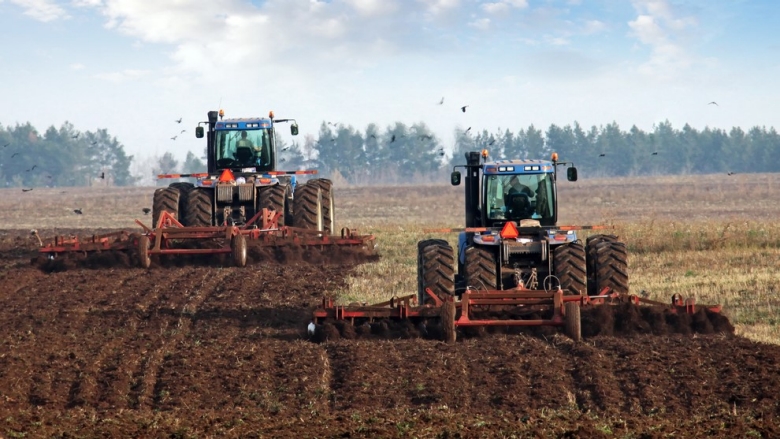 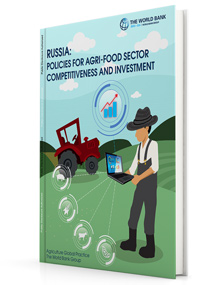 Despite advances in agricultural production, Russia continues to lag behind many comparator countries in measures of crop and livestock productivity. This report aims to provide policy recommendations to address those challenges.

Russia’s agriculture sector has experienced consistently positive growth over the past decade, contrasting sharply with that of the overall economy. The sector’s impressive performance is generally attributed to productivity growth, investment, the adoption of new technologies, and also to state support policies.

Russia has become one of the largest grain producers in the world, and the largest exporter of wheat over the past two to three years. The country has also become self-sufficient in pork and poultry. Despite these advances in agricultural production, however, Russia continues to lag behind many countries with regard to productivity.

According to a new World Bank report, Russia: Policies for Agri-Food Sector Competitiveness and Investment, Russia’s agriculture sector would benefit significantly from investments that introduce new modern technologies for agricultural production, including new seed varieties and more productive livestock. Broadly-speaking, to achieve this, Russia would need to improve its agricultural productivity and profitability.

The report identifies policy recommendations to address the challenges and to support the Russian government's aim of attracting investment in the agri-food sector. The study argues that increased productivity will help improve the competitiveness of agri-food value chains, result in higher profitability, and encourage more investment, including FDI, in the agriculture sector.

Three areas have been identified in which the public sector could intervene to spur productivity, competitiveness, investment, and exports: 1) investing in broadening productivity gains in priority sectors; 2) strengthening value chains and value-addition in the food industry; and 3) promoting human capital in rural areas through capacity building in agricultural sciences and farm management to improve labor productivity.

Russia’s agricultural sub-sectors are catching up with those of competitors in terms of productivity, and are close to achieving competitiveness with international comparators. Considerable investments have been made in new, modern technologies, as more financial resources became available both from public and private investments.

Adequate infrastructure and effective modern public policies would help strengthen the performance of the agriculture sector, and the rural economy in general. A key question, however, is whether the food manufacturing sector has the potential to grow. Both short-term and long-term factors may help address this question.

In the short-term, market protection measures may deter investments in the agri-food processing industry, because high domestic farm prices incentivize investment in primary agriculture – making it more attractive than investing in food manufacturing.

However, experience in other countries shows that, in the long-term, demand for processed food will increase, primarily because of dietary transition and increasing incomes of the urban middle-class. Public policy could therefore take gradual steps in promoting investment in the food manufacturing industry, with a view to improving the competitiveness of both primary and processed food sectors.

A significant constraint to productivity gains in Russia’s agri-food sector is the lack of availability of skilled labor. Farm operators and industry representatives often complain that skilled labor is a significant constraint to growth in this sector. Filling the demand gap for skilled workers will require improved access to and quality of education, among other services.

Certain factors discourage workers from moving to rural areas and meeting the labor demand, which could be the result of an inefficiently performing labor market. In the future, a successful agri-food sector in Russia will demand highly skilled workers, therefore public policy should focus its attention on ensuring an enabling environment and the promotion of education and training programs.