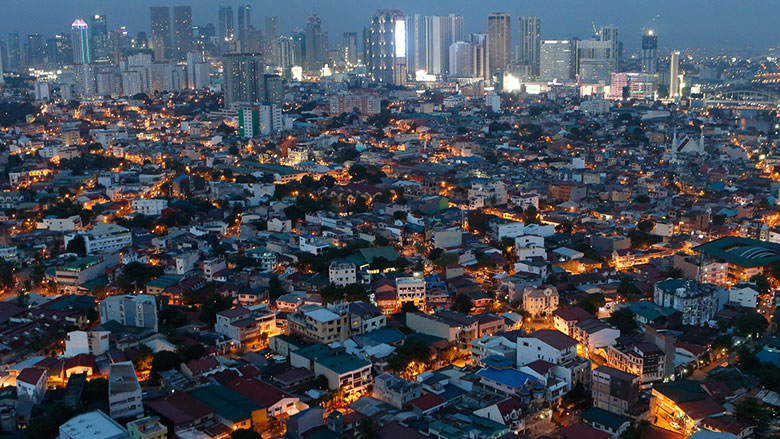 Sustained economic growth increases the likelihood that poverty reduction has continued since 2015.  Using the World Bank international poverty line of US$3.20-a-day for lower middle income countries, the poverty rate in the Philippines is estimated to have fallen from 27.0 percent in 2015 to 24.2 percent in 2017, with about 1 million Filipinos exiting poverty each year since 2015. Higher wage income, particularly for households in the bottom 40 percent of the income distribution, constituted the main driver of recent poverty alleviation.

The medium-term growth trajectory remains positive, but the economy is projected to grow at a slower pace than in 2016. The economy is projected to expand by 6.6 percent, year-on-year, in 2017 and 6.7 percent, year-on-year, in 2018 and 2019. Fiscal and monetary policies are likely to remain accommodative to growing the economy, and recovering exports and strong consumption growth are expected to boost economic growth. Higher investment growth could push the country’s growth rate towards the upper end of the government’s target of 6.5 to 7.5 percent of GDP, but this is contingent on whether or not the public infrastructure program gains full traction.

Implementing structural policies that support investment and trade will be critical to boost productivity and potential growth in the long-term. These policies would require the government’s commitment to reforms that promote competition in key sectors, secure property rights, lessen regulatory complexities, and improve doing business in the country. Longer-term policy priorities also include training and job search programs and other measures to support workers most affected by sectoral shifts in employment and share the dividends of growth and gains from globalization more widely.