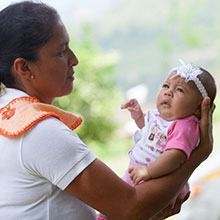 The World Bank in Panama

Growth forecast is expected to drop from 15.3 percent in 2021 to 6.2 in 2022. The main challenge is to reduce inequalities that especially affect women, Afro-descendants and Indigenous peoples

Panama: Commitments by Fiscal Year (in millions of dollars)*

Find out what the World Bank Group's branches are doing in Panama.