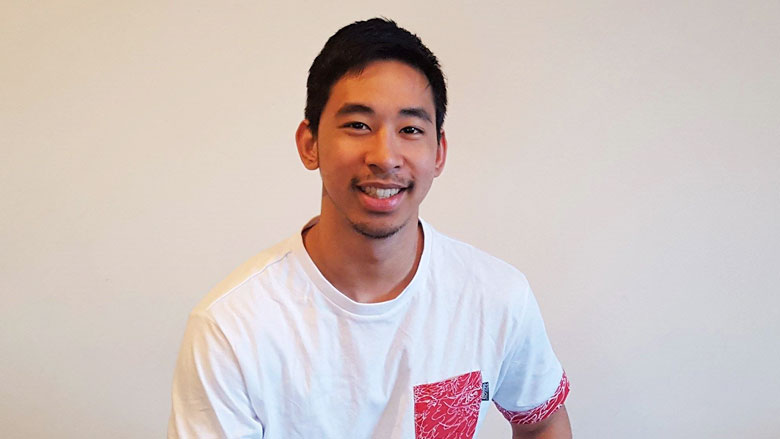 As part of the World Bank’s flagship series of reports Pacific Possible, which focuses on the future potential of the Pacific Islands, we reached out to some of the region’s next-generation of leaders for their take on the future of their countries and the major challenges ahead.

Yota Pacifico Oue – hails from the island of Pohnpei in the Federated States of Micronesia (FSM) and is recipient of Bill Gates Millennium Scholarship to study Economics and Environmental Studies at Fordham University in New York City.

Kaselehlie Maing (‘hello’ in Pohnpeian language). As an Environmental Studies student learning about global environmental issues from the crossroads of economics, history, philosophy, physics, and politics, these academic undertakings have instilled in me a holistic understanding of the complexities of global climate change. This is greatly important to me given that Pacific Islands are the most vulnerable to the detrimental effects of climate change.

What makes you get up in the morning? What are you working hard to achieve?

Knowing that there are a multitude of opportunities to learn something new motivates me to get up in the morning. Whether it be from a professor’s lecture, daily news, science articles, music tablature, or a friend’s anecdotes, I am fond of learning and consider it a virtue in itself – wanting to learn for the sake of knowing.

I am working hard towards completing my undergraduate studies in Economics and Environmental Studies in hopes of returning to my alma mater Xavier High School in Chuuk to serve as a teacher. I anticipate not only applying myself as a formal a teacher in academics or athletics but as a mentor to anyone who actively seeks my knowledge and experience for guidance.

What are the biggest issues in your country right now?

Currently, the Federated States of Micronesia is struggling to develop a viable and resilient economy that is capable of independently addressing the nation’s public health, education, infrastructure, and environmental conservation initiatives. Under the Compact of Free Association – a bilateral agreement between the U.S. and FSM first negotiated in 1987 then renewed in 2003 – the FSM is granted U.S. federal grants in use towards developing education, environment, health, public capacity building, and private enterprise.

In spite of the government’s policies in revitalizing its economy, its efforts have yielded to little avail; however, the country’s state of economic affairs does serve as an adequate reflection of the people’s wellbeing. [And] the discrepancies in how ‘progress’ is measured according to the West, underestimates the perspective of wellbeing in Micronesia.

What does the future look like for your country? What’s possible?

Although there is no panacea for the country’s major economic problem, the Micronesian people should continue to thoroughly educate and support the nation’s young and aspiring generation of innovators, culturalists, environmental activists, social entrepreneurs, and community leaders in their pursuit of goals.

In creating government policies that would steer the society to cultivate unhindered enterprise among such groups, the FSM can facilitate a multifaceted approach to effectively address the nation’s most dire problems.

Where do you see the Pacific, as a region, in 25 years?

I am hopeful for progress in the Pacific region over the next 25 years; hopeful in a sense that is not contingent on circumstance – not to be confused with being optimistic.

I hope that I may be able involved in the Pacific region’s struggle in establishing its presence in international affairs and against the effects of climate change.

Considering innovations in renewable energy and disaster mitigation technology, there will be many opportunities for the Pacific region to integrate technology and help develop island-nation economies.

I envision the people of Micronesia, Melanesia, and Polynesia being united and much more aware of each other’s shared cultural traits and struggle against the inimical effects of climate change.

If you could only be remembered for one thing what would it be?

I would want to be remembered as the most curious Pacific Islander you ever met, who wondered about bees, hydroponics, Brazilian jiujutsu, tea, and consciousness.