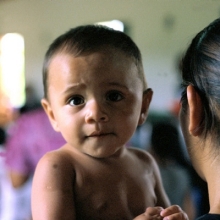 The World Bank In Nicaragua

Growth is projected to moderate to 4.1 percent in 2022 and to slow further to 2.0 percent in 2023, consistent with a global economic deceleration

Nicaragua: Commitments by Fiscal Year (in millions of dollars)*

Find out what the Bank Group's branches are doing in Nicaragua