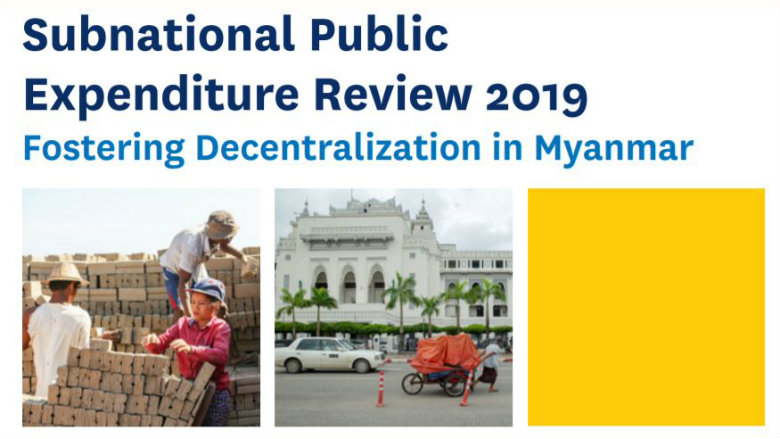 Decentralization of governance, financing, and service delivery in Myanmar is taking place against a particularly challenging backdrop of considerable geographic and social diversity and a history of isolation, conflict, and underdevelopment. Political and economic transitions, begun in 2011, have promoted growth and improved welfare outcomes, though the benefits have not been equally shared with all groups or geographic areas. There remain extreme variations in the provision and quality of public infrastructure and services, reflected in significant disparities per capita income and human development outcomes. These inequalities are widening, economic growth is spatially concentrated in the growth poles of Yangon and Mandalay, while rural and remote areas, such as those on the Shan plateau, are isolated from the centers of growth.

The Myanmar subnational Public Expenditure Report (PER) examines Myanmar’s nascent subnational institutions, focusing on governance, union-local administrative and fiscal relations, and service delivery from a local perspective. The aim is to identify pragmatic and practical policy options for incrementally strengthening the institutional capacity and inclusiveness of subnational governments. While the political debate on the future shape of a federal Myanmar continues, reforming local governance institutions, within the considerable space available in the current constitution, as suggested throughout the PER, is a vital way to support “federalism from below,” promoting a more sustainable, inclusive and accountable system of governance and fiscal management that better reflects Myanmar’s considerable social and economic heterogeneity.

Concise thematic policy notes based on the PER have been prepared by the report’s partner, Renaissance Institute. These policy notes and weblinks can be found below:

Managing the Challenges of Rapid Urbanisation