Disappearing coasts in the Maghreb: Coastal erosion and its costs 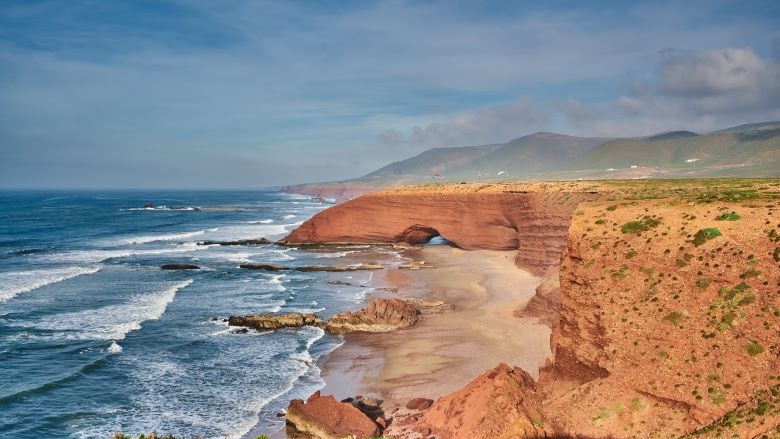 Coastal areas are important ecosystems and at the same time buzzing centers for large parts of the population and economic activity. Globally, coasts are home to around 40% of the population and all around the world major cities are located on the coast. In the Maghreb, the share of total population living in the vicinity of the coast is even higher ranging from 65% in Morocco to 85% in Tunisia, with the livelihood of their inhabitants often depending on intact coasts and beaches, for example in the tourism sector. Moreover, much of the individual countries’ industry is located at the coast and coastal infrastructure such as ports plays a crucial role in the exports of goods.

Coastal erosion is a relentless process, one that is only to exacerbate with climate change. Costs due to inaction with regards to coastal erosion are high, even when only considering lost land and destroyed assets. There are also economic costs in terms of reduced revenue from sectors such as tourism that depend on the quality of coastal areas. To identify coastal erosion hotspots accurately a novel higher-resolution dataset was created. The precise nature of the dataset can be utilized to study shoreline changes not only retrospectively, but also for predicting future erosion.

This report aims to inform decision-makers about the extent and impact of coastal erosion as well as stimulate further research in close cooperation with local authorities and research institutions. A forthcoming regional report by the World Bank, titled “Blue Skies, Blue Seas,” provides a detailed discussion on how to combat coastal erosion.