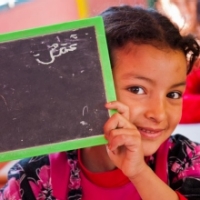 The World Bank in Morocco

The Country Partnership Framework for Morocco (2019 to 2024) has the overarching goal of contributing to social cohesion by improving the conditions for growth and job creation and reducing social and territorial disparities.

of rural roads have been constructed or rehabilitated in Morocco as a result of the Rural Roads Project out of a target of 15,500 km

Morocco: Commitments by Fiscal Year (in millions of dollars)*

Find out what the Bank Group's branches are doing in Morocco.