A Silver Lining: Productive and Inclusive Aging for Malaysia 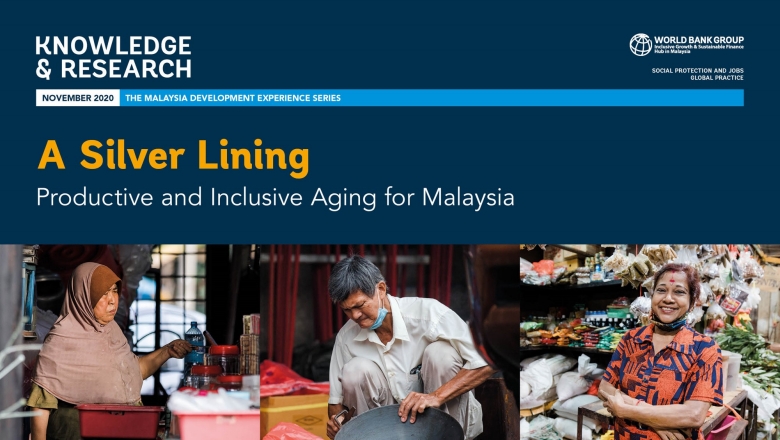 Rapid aging will be a crucial megatrend affecting Malaysia in the coming decades. Going from an aging to aged society in just 24 years, the country’s transition happens at a similar pace to Japan’s and follows the trend of other high-income economies.

The aging megatrend brings with it new challenges for Malaysia in areas such as employment, income security and aged care.

Recognizing the breadth and complexity of this issue, the report focuses on three key policy areas with existing knowledge gaps – employment, income security and aged care.

Employment and income security a particular challenge for women

Fostering productive employment of all workers, including older workers requires policies to stimulate both jobs supply and employment demand. Among the policies that are recommended:

Ensuring minimum income protection to all older persons by increasing coverage and adequacy of social insurance schemes including EPF, as well as by introducing a modest, broadly targeted social pension. To accomplish this the following policies can be considered: