Skip to Main Navigation
This page in:_
publication September 5, 2019

Economic Outlook in Madagascar: Why Fuel Tariffs Pose a Risk to Poverty Reduction

ANTANARIVO, September 5, 2019―Here are some of the highlights of the latest economic update for Madagascar

1.    Growth has remained robust for the fifth consecutive year

Although some concern had been expressed about a possible slowdown in economic growth in 2018, an election year, economic activity remained strong, at a rate of 5.2%. It was even higher than the regional and international average. For the fifth year in a row, economic growth also outpaced the estimated populated growth rate of 2.7%. The services sector remains the main driver of this growth, at a rate of 5.2% in 2018. 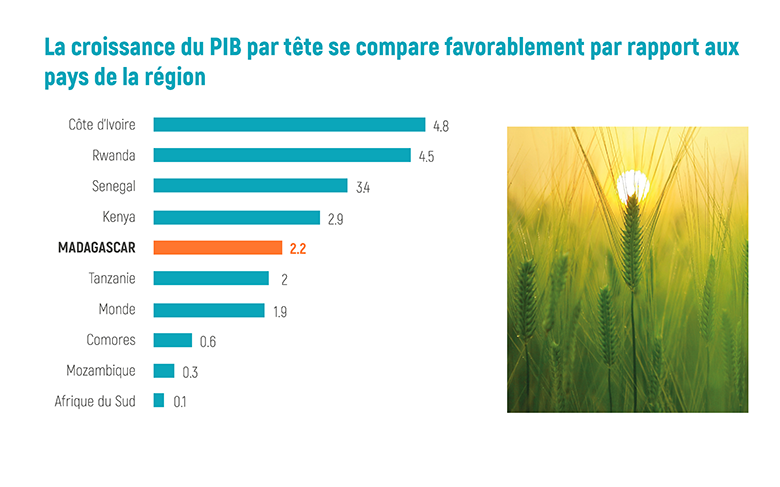 2.    Growth was supported by favorable macroeconomic conditions but would benefit from being more inclusive

Favorable weather conditions in 2018 paved the way for a productive rice harvesting season, with domestic production rising from 3.1 million tons in 2017 to about 4 million tons in 2018. This excellent performance gave a boost to the agricultural sector and significantly helped slow down inflation in 2018, from an average rate of 8.3% to 7.3% in the same period. The current account recorded a surplus equivalent to 0.8% of GDP, owing largely to the good performance of exports.

In addition to a collection rate that met 97% of the annual target, tax revenues also rose in 2018, aided by the revision of the tax on petroleum products. Nonetheless, this performance is still weaker than that of the other sub-Saharan African countries, although the ratio of tax revenue to GDP has increased in the past five years. 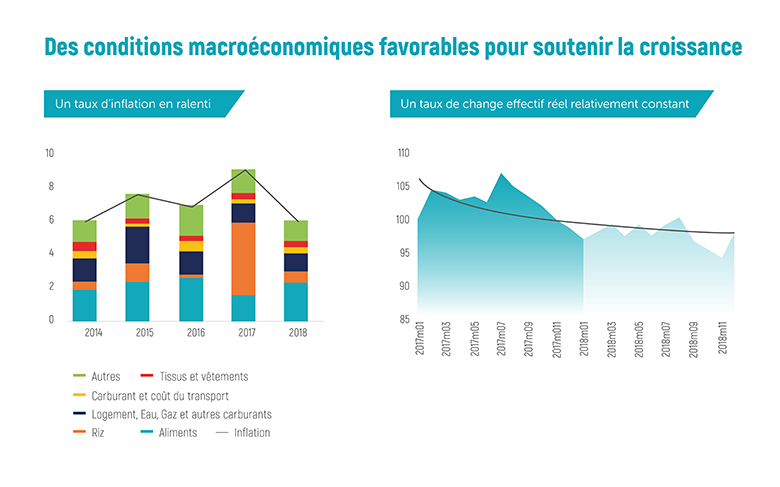 To encourage medium-term inclusive growth, the Government should prioritize public investments in the social and production sectors, rather than resort to non-targeted subsidies, such as universal fuel price subsidies. These subsidies have proven to be very costly for the State budget, which offsets the increase in petroleum prices by paying a subsidy to petroleum companies to prevent them from raising prices at the pump. Moreover, the Government has accumulated liabilities with the oil companies, as it did not pay the subsidies owed to them at the end of 2018 and beginning of 2019, in view of the global rise in petroleum prices.

Figure 28: The gap between the retail price and the reference computed price is a subsidy (2014/15) 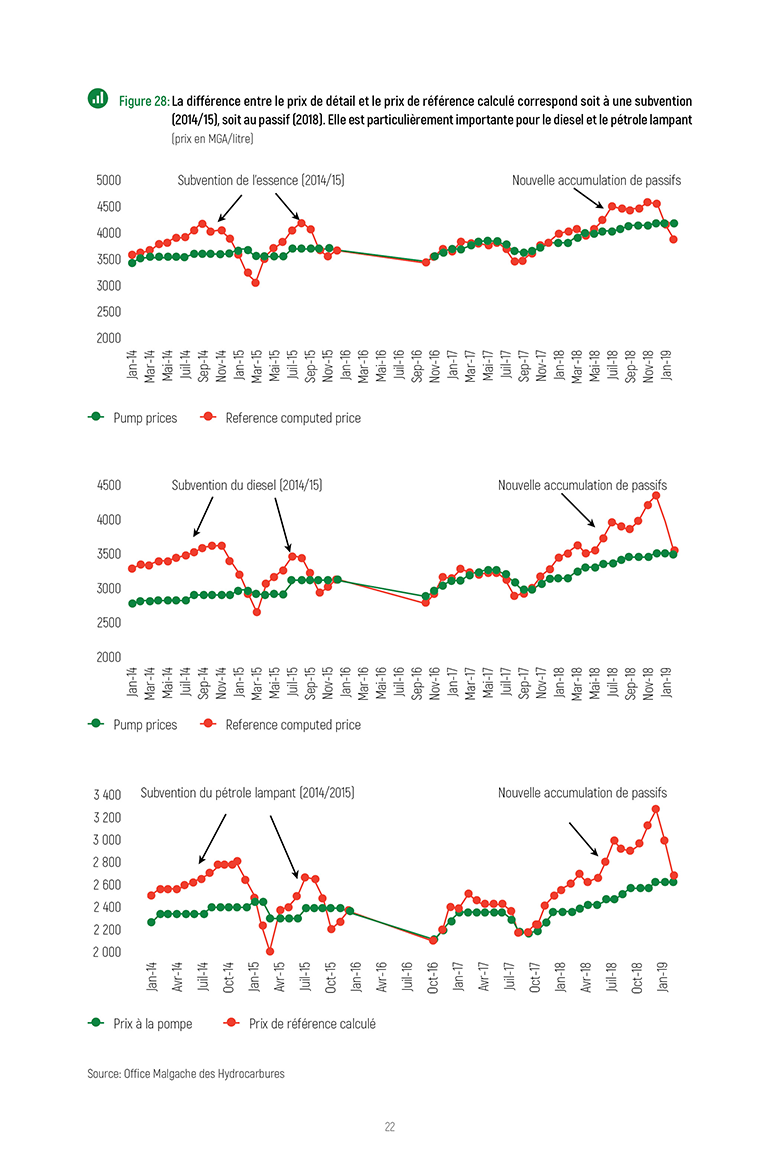 Since they help consumers in all households, fuel subsidies are unevenly targeted, skewing their benefits toward well-off households that consume more. As Madagascar is one of the poorest countries in the world, only 20% of the population can afford to use diesel and gasoline. Likewise, it is mainly the wealthiest who purchase goods and services that use fuel as an input, while the bottom 40% consume few or none. Low-income households, which represent 60% of all households, consume mainly kerosene rather than other fuels.

The use of the subsidy mechanism means that the Government has fewer resources to fund programs for the most vulnerable groups. In 2014 and 2015, an average of 0.5% of GDP was allocated to fuel subsidies, compared to only 0.8% of GDP to social expenditures. 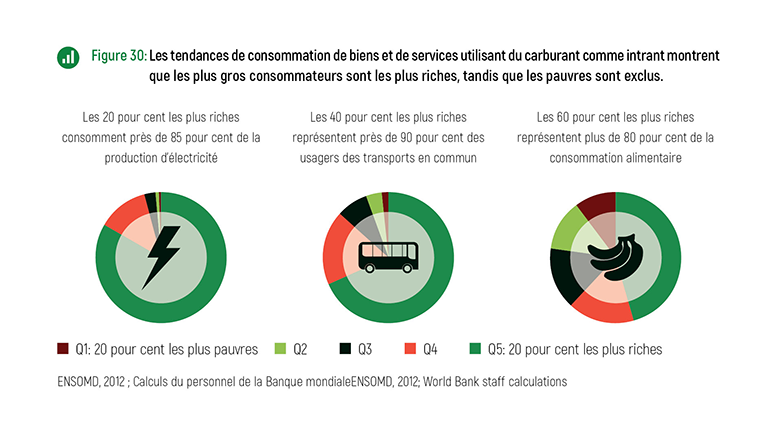 5.    Options for improving the management of fuel prices

An automatic adjustment mechanism would improve the management of fluctuations in world fuel prices by passing them through to consumers. By adopting this approach, the State would avoid having to subsidize the cost of fuel. But such a reform needs to be accompanied by targeted social protection programs to alleviate the impact of higher, volatile fuel prices on the poor, who spend a higher share of their budget on kerosene.

Over the medium and long term, efforts could also be focused on promoting competition in the petroleum sector, with a view to reducing prices through the establishment of an effective regulatory agency. 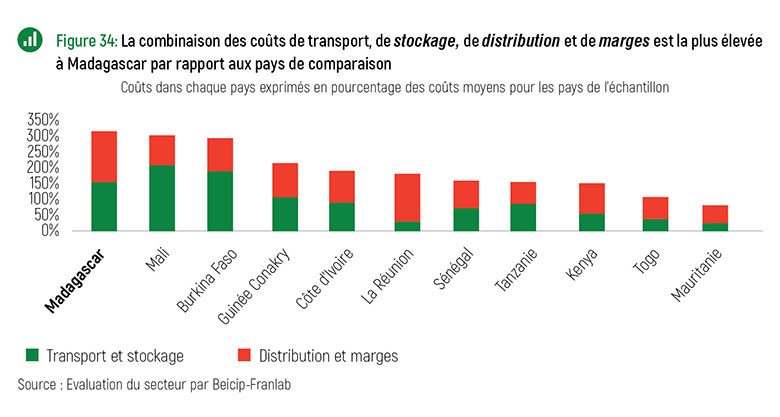