Skip to Main Navigation
This page in:_
publication October 19, 2020 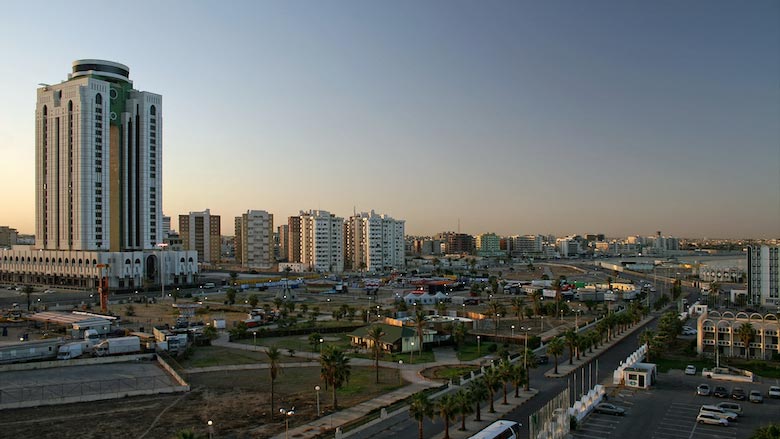 The Libyan economy has recently been hit by four overlapping shocks: an intensifying conflict that suffocates economic activity, the closure of oil fields that puts the country’s major income-generating activity largely on hold, decreasing oil prices that reduce income from oil production in surviving fields, and the COVID-19 pandemic (with 3,438 confirmed cases and 73 deaths as of August 2020), which threatens to further suppress the economy.

The attack on Tripoli in early 2019 and the blockade of the country’s major oil ports and terminals in January 2020 generated the most serious political, economic, and humanitarian crisis faced by Libya since 2011. The economic impact was already felt in 2019 as real GDP growth slowed sharply to 2.5%, down from what seemed a promising steady recovery during 2017–18, with a record growth performance of 20.8% on average. As military confrontations escalated, oil production decreased from 1.2 million bpd in December 2019 bpd to 0.1 million bpd in April 2020, choking the lifeline of the economy.

In the absence of significant improvements on the ground, the economic downturn will deepen. If the inability, or severely limited capacity, to produce and export oil might well prevail over the rest of 2020 despite the recent efforts to restart the production, Libya is expected to produce a daily average of only 0.17 million barrels in 2020, which is less than one seventh of last year’s production. As a result, GDP is expected to shrink by 41% this year. The adopted budget for 2020 partially reflects this dire situation, with a large forecasted deficit, the highest in recent years. Likewise, the current account is expected to run astronomic deficits in 2020. Consequently, reserves will be further declining this year.

Given the extreme volatility and unpredictability surrounding the determinants of economic trends, it is not sensible to produce forecasts beyond the immediate horizon.