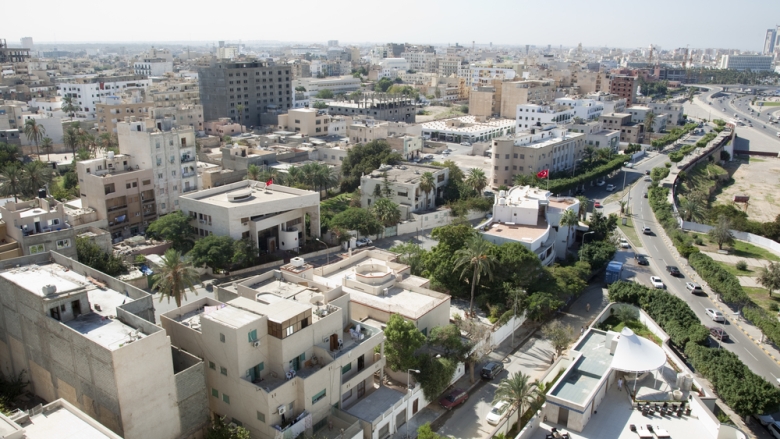 The war around Tripoli that erupted in April 2019 between the two main political rivals reversed the momentum of the relative economic recovery over 2017-18. Indeed, Libya managed to more than double its oil production over the two-year recovery period, to reach 1.17 million barrel per day (bpd) in April 2019. Oil production declined by 0.1 million bpd at end July 2019. As the violence does not seem likely to recede, it is expected that this production trend will continue over the rest of the year. Within this dynamic, GDP growth is expected to slow down to around 5.5% in 2019 (down from an average 17.3% over 2017-2018), mainly driven by higher average oil production (1.05 million bpd vs. 0.96 million bpd in 2018) and steady domestic demand.

The lengthy political vacuum transformed early 2019 into an open war for power and wealth capture, disrupting the lengthy, yet fragile no-war no-peace status quo that prevailed for many years. This complicates further the political situation, delaying reaching an agreement, which makes sustained stabilization unlikely over the foreseen horizon. In this context, Libya can only manage to produce a daily average of 1 million barrel by the end of this year and keep production around this level over the next few years, which will represent 2/3rd of potential. GDP growth will be negative in 2020 (minus 0.6%) and stabilize around 1.4% over 2021-22, resulting in a GDP per capita at 61% of its 2010 level. Disinflation is expected to persist over the forecast period (minus 2.8% in average) as parallel market rates converge further towards the official one. Budget deficits will remain high, averaging 10% of GDP. The CBL is expected to continue rationing imports, but current account surpluses will steadily decline from 7.3% of GDP in 2020 to 1.4% in 2022. Consequently, reserves will stabilize around US$ 91 billion over 2020-22.