State of the Mashreq Women 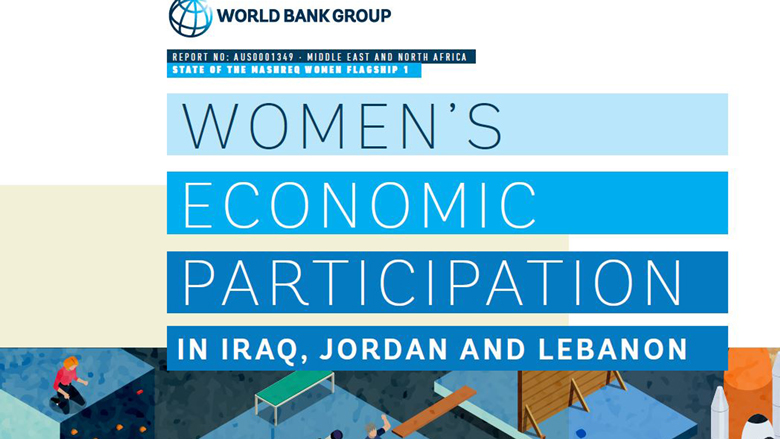 Female labor force participation in the Mashreq is exceptionally low, a problem likely to be exacerbated by the COVID-19 pandemic. This report calls for action in the following areas: stronger economic growth, effective policy action to close legal gaps, promotion of more egalitarian attitudes, access to quality childcare, and the provision of safe transportation. The report also notes significant opportunities in the digital economy; however, without action to close the digital gender gap, those opportunities could become another barrier.

Participation is particularly low for less educated women. Few non-tertiary-educated women are in the labor force, compared to two-thirds of women with tertiary education in Iraq and Lebanon and half of those in Jordan. Notably, differences in labor force participation between educated and uneducated women are larger than between educated men and women. With younger women increasingly having more education, labor force participation rates among the young are significantly higher in Lebanon and, to a lesser extent, Jordan. In some other countries, a pattern of sharply increasing participation among younger age groups marked the beginning of a generational shift in which younger women participate to a greater degree in the labor market and older cohorts slowly leave the working-age population.

Women in the Mashreq countries who are willing to participate in the labor market face high unemployment rates and tend to be paid less for similar work. Female unemployment is nearly twice that for men, reaching almost 25 percent in Jordan—meaning that low rates of female participation mask an even lower rate of employment. Moreover, those women who do work tend to work in certain sectors and earn less than men do for comparable jobs. The gender wage gap for women and men working similar jobs with similar education and experience is about 17 percent in Jordan’s private sector and 18 percent and 22 percent for all workers in Iraq and Lebanon, respectively. This combination of high unemployment and lower pay likely discourages some women from seeking work at all.

The three governments have targeted increases in women’s labor force participation rates by 2025 of 5 percentage points in Iraq and Lebanon and to a rate of 24 percent in Jordan. If the targeted increases in participation of five points over five years are not only met but also continued for a further decade, annual economic growth would be increased by 1.6 percentage points in Iraq, 2.5 points in Jordan, and 1.1 points in Lebanon by 2035.

Achieving these targets will not be easy; this report outlines the many constraints on economic participation for women at different life stages and from different backgrounds. Few countries have achieved the increases targeted by the Mashreq countries in such a short time and beginning from such a low starting point. This report summarizes the barriers to women’s economic participation and outlines a forward-looking agenda for policy makers and researchers.

It combines a life-cycle approach to analyze each constraint as it occurs at a particular critical point in a woman’s life, while recognizing that this experience will be different for women of different socioeconomic backgrounds.