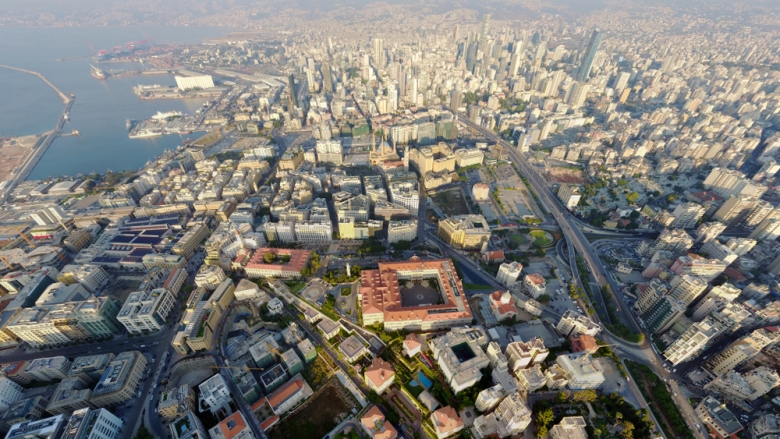 Real GDP in 2018 is estimated to have grown by only 0.2 percent, reflecting a deceleration in economic activity linked to policy-based tightening of liquidity. The latter includes a halt in subsidized lending by the central bank, the Banque du Liban (BdL) that was being channeled via commercial banks to (mostly) the real estate sector, providing a rare source of growth impetus since 2012. Further, growth in 2017—when BdL schemes were still in effect—was revised downward to 0.6 percent (from 1.5), illustrating economic frailty.

Indeed, high frequency indicators point to a broad-based economic slowdown in 2018. Tourist arrivals rose by only 5.8 percent in 2018, almost half of the 2017 rate, while real estate indicators point to an outright contraction in the sector; cement deliveries decreased by 5.3 percent year on year (yoy) in the first eleven months of 2018.

The Ministerial Statement for the new Government, which motivated a vote of confidence by Parliament, reflects a commitment to significant structural reforms and the will to effect the CEDRE opportunity.

While this constitutes a positive signal, our baseline scenario precludes this outlook. Instead, lack of obvious sources for an economic boost suggests medium-term economic prospects remain sluggish. On the fiscal side, a gradual rise in the fiscal deficit-to-GDP ratio is expected over the medium term, in light of rising debt service. Externally, the current account deficit is expected to decline somewhat due mainly to suppressed imports, as slow economic growth is weighed down by tightened monetary policy. On the social side, poverty projections are unavailable; substantial structural changes that the country has been undergoing in large part due to the significant refugee influx preclude the use of 2011/12 survey data for estimating poverty in recent years