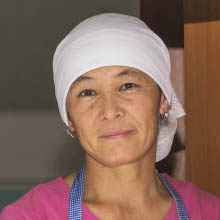 The World Bank in the Kyrgyz Republic

The Kyrgyz economy has proved more resilient than expected to the spillovers of the war in Ukraine and sanctions on Russia. Real GDP grew 7.7% during January-July 2022, year-on-year. GDP growth is expected at 4% by end-2022.

Kyrgyz Republic: Commitments by Fiscal Year (in millions of dollars)*

Find out what the Bank Group's branches are doing in Kyrgyz Republic.