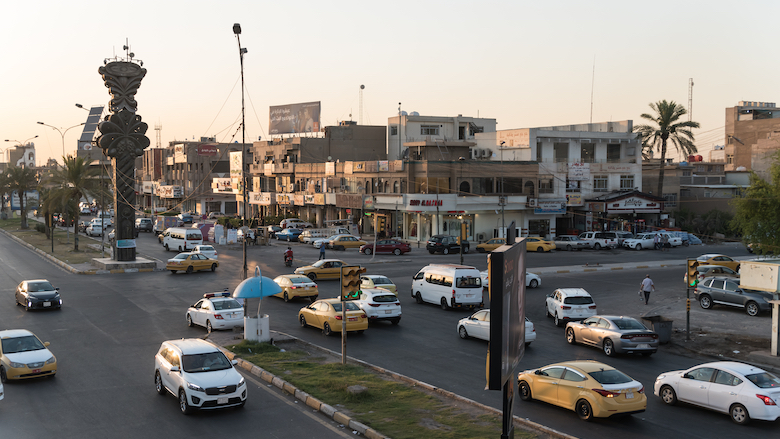 Iraq’s economy is gradually rebounding, after the contraction in the last two years. GDP grew at 4.8% year on year (y/y) in the first half of 2019, reversing the contraction of 2017-18. Growth can be mainly attributed to a rise in crude oil production (up 6.3%) and a rebound in non-oil economic activity (up 5.6% in H1-19, y/y). Crude oil production is a significant success story for Iraq; prior to 2014, there had been doubts as to whether production could be sustained above 3 million barrels per day (mbpd), whereas it currently is within striking distance of 5 mbpd. The non-oil sector improvement is underpinned by better rainfall, an improvement in electricity production, and an expansionary fiscal policy linked to higher oil prices in 2018 which persisted into the early part of this year. Repeating past patterns of “windfall” spending, higher oil revenues have resulted in a rising wage bill and public consumption. Overall real GDP growth is estimated to be 4.8% at end-2019, with the non-oil economy likely to accelerate over 5%.

In the absence of structural reforms and accelerated reconstruction, growth recovery may be short-lived. Growth is projected at 5.1% in 2020 and down to 2.7% in 2021. This is mostly due to the oil markets outlook where both prices and exports are expected to weaken given lower global demand and the uncertainty of the OPEC+ agreement renewal. Non-oil growth is expected to remain positive on the back of improved security conditions and higher investment to rebuild the country's damaged infrastructure – which is nonetheless likely to remain far short of needs. Higher spending together with lower oil prices will result in a fiscal deficit projected at 3.3% of GDP in 2020 and remain in a similar range in 2021. Lower oil prices and increased imports will cause the current account balance to remain into deficit, and international reserves to decline during the forecast period.