Breaking Out of Fragility: A Country Economic Memorandum for Diversification and Growth in Iraq 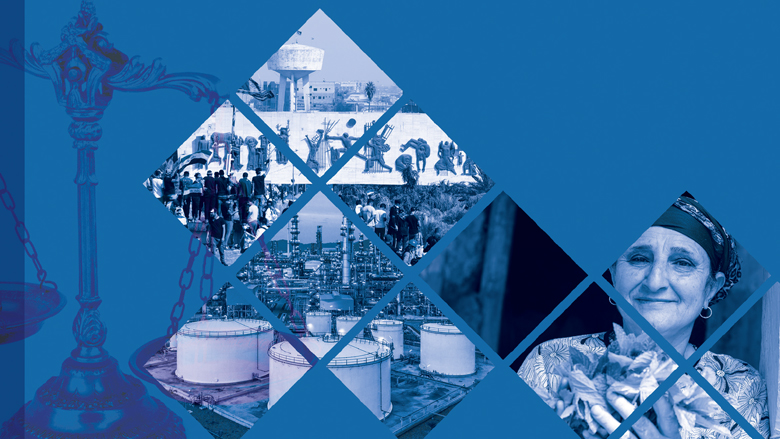 Iraq is at a crossroads. Almost two decades after the 2003 war, the country remains caught in a fragility trap, facing increasing political instability, growing social unrest, and a deepening state-citizen divide. Amid a multitude of crises (including an oil price shock, the COVID-19 pandemic, and recent protests) as well as a culmination of poor economic policies, a lack of reforms, and an inability to tackle corruption, Iraq is having its worst annual gross domestic product (GDP) growth performance in 2020 since the fall of the Saddam regime.

Instability, a lack of jobs, corruption, and poor service delivery remain among the most important risks to the country’s long-term growth.

With every crisis comes an opportunity to reform. However, Iraq’s path to reform will be challenging and uncertain. Given current oil prices and the persistent drop in global demand for oil because of the COVID-19 pandemic, the country will have a tough time addressing the needs of its people in the short term. It can, however, embark on a long but much-needed path toward structural transformation and reform, one that could leave its economy less dependent on oil and more driven by private sector activity.

The widespread protests since October 2019, which have called into the question the country’s current political economy, illustrate that such path for reform can no longer be avoided. Nevertheless, as this report shows, this path will demand persistence, and Iraq will face much uncertainty as it tries to address its long-lasting challenges and change the status quo.

This report highlights what Iraq can do to sustain future growth, but it also shows why the country has not yet managed to achieve high levels of diversified growth alongside peace, stability, and a better standard of living for its people. The report also suggests strategic pathways by which Iraq can break free from this fragility trap, in which peace and stability can create the conditions for people to fulfill their aspirations, find private sector jobs, and thrive.

In this context, the report’s four chapters provide (a) an understanding of Iraq’s underlying fragility and political economy chal¬lenges and their implications for a diversified growth model, (b) an analysis of Iraq’s growth characteristics and the country’s potential for and benefits from eco¬nomic diversification, (c) a trade diagnostic and assessment of Iraq’s potential for trade and regional integration to create growth and stability, and (d) a review of Iraq’s agriculture sector, from primary agriculture to agrifood systems, and its potential to support economic diversification, growth, and stability.