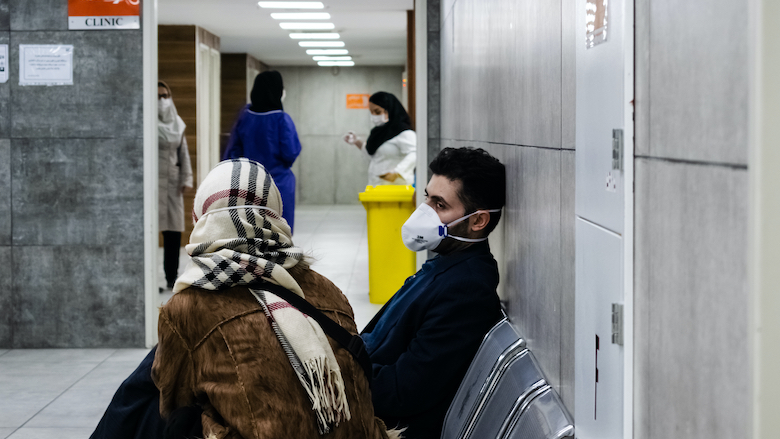 The COVID-19 pandemic has amplified the impact of economic sanctions and existing structural imbalances in Iran’s economy. The decline in revenues led the government to issue new debt and sell assets on the stock market, increasing financial risk exposures. A sharp exchange rate depreciation has accelerated inflation, with negative consequences for the livelihoods of vulnerable households. The growth outlook remains subdued due to trade restrictions and the ongoing global pandemic.

Iran’s economy is undergoing a third consecutive year of recession. Despite the expansion of sanctions to other key sectors, non-oil GDP grew by 1.1% as exchange rate (ER) depreciation made production more competitive. The GDP decline continued in Q1 2020/21 as COVID-19 containment measures contributed to GDP contracting by 3.5% (Y/Y); a modest contraction compared to most other countries. This smaller impact is partly due to the already lower economic base and limited integration with the rest of the world following decades of sanctions.

Iran’s GDP in 2020/21 is now estimated to contract at 4.5% due to a shorter lockdown period. Overall economic contraction is projected to increase in the second half of 2020/21 with a resurgence of cases in the colder season. In the absence of a widely adopted vaccine, recovery in 2021-2022 is projected to be weak and driven by the non-oil sector.