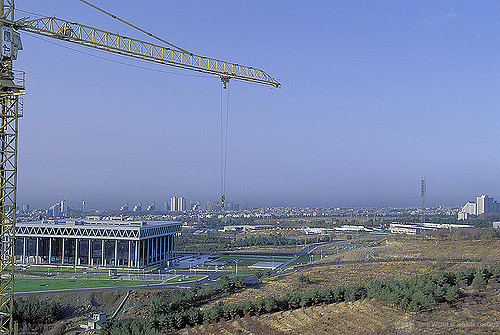 Economic growth in Iran continued to slowdown in the first quarter of 2018/19 (April-June) as the first part of US sanctions were reimposed in May 2018. On the production side, the economy grew by 1.8 percent yoy in June quarter 2018 substantially lower than growth in the same period a year before (4.6 percent) and heavily relying on the oil sector which accounted for more than two thirds of total growth (1.2 percentage points).

Almost all non-oil sector growth, similar to the year before, was attributed to growth in services (transportation, storage and communication) while manufacturing output declined for the first time in the past 8 quarters (-1.5 percent, yoy). On the demand side, exports were the main contributor to growth (3 percentage points), reflecting the increase in oil exports as major importers increased their orders ahead of the second round of US sanctions (on November 2018), targeting the oil sector. Investment shrank (-0.8 percent, yoy) due to increasing uncertainty in the future direction of the economy.

The central government budget deficit for the first nine months of 2018/19 deteriorated to a record high of IRR451.1 trillion (equivalent to 4 percent of 2017/18 GDP for the same period), almost 40 percent more than the approved budget for the entire 2018/19 year, mainly due to a 62 percent shortfall in expected current revenues.

In the medium term, the economy is expected to undergo a period of stagflation until April 2020 as oil output continues to decline along with other mounting external economic challenges. The economy is projected to contract by more than 2 percent in 2018/19 and 2019/20 before returning to a modest recovery path albeit from a smaller base. Inflation is expected to be around 30 percent in 2018/19 and increase further in the following year as the full effect of the exchange rate depreciation is passed on.

The fiscal deficit is projected to widen as incomes continue to fall short of the previous years due to lower tax revenues (as a result of reduced economic activity) and oil exports.