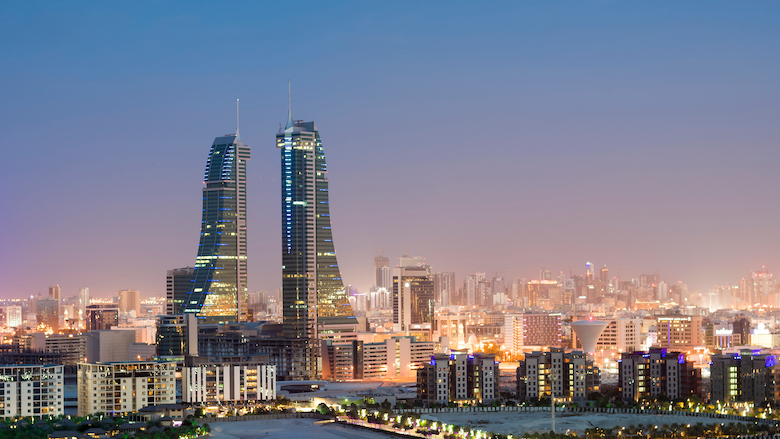 Overall growth is estimated to remain at 1.8% in 2019, and non-oil growth to slow to 2.2%, from 2.5% in 2018, driven by the planned fiscal consolidation measures under the Fiscal Balance Program (FBP), including the VAT. The oil sector is estimated to grow by just 0.2% following a 1.2% contraction in 2018 capped by OPEC+ output cut agreement and weaker crude production. However, according to figures released by Bahrain’s Ministry of Finance and National Economy (MOFNE), Bahrain’s economy grew by 2.7% in Q1-2019 boosted by expansion in the non-oil sector and higher spending on infrastructure thanks to the Gulf financial support package. Inflation is estimated to pick up in 2019 to 3.3% given the introduction of VAT in January 2019.

Bahrain’s economy is projected to post a moderate level of growth at an average of 2.2% over 2020-2021 as the economy continues to rely on its limited oil revenues to underpin the safety net for citizens while furthering diversification. The non-oil economy is expected to grow at 3% over the same period thanks to high levels of infrastructure spending and an increase in manufacturing output.

Continuing fiscal reforms and emphasizing better-targeted subsidies under the FBP will help to narrow the fiscal deficit to 7.7% of GDP in 2020, assuming the costs of the VRS is financed off budget. Public debt is expected to remain high over 103% of GDP in the forecast period, with sizable gross financing needs. The non-oil primary balance is expected to keep improving on the back of higher non-oil revenues projected at 6.7% of non-oil GDP in 2020. The current account deficit is likely to persist, albeit at moderate levels. Reserves are expected to stay low at one month of prospective non-oil imports. The government’s VRS, which now covers around 8,000 people, could also reduce the wage bill by BD122 million by end-2019, assuming no new hiring takes place.