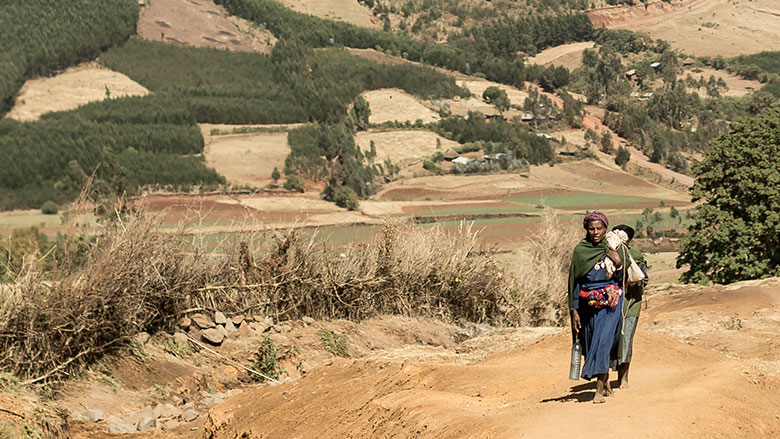 The assessment, Harnessing Continued Growth for Accelerated Poverty Reduction, identifies the key drivers of progress across the country, which include the agriculture sector, but notes that growth has been uneven between urban and rural areas. Although the report was finalized before COVID-19 (coronavirus) pandemic, the results can inform the government’s and development partners’ actions to cushion the impacts of the crisis on the poorest and most vulnerable members of society.

According to the analysis, poverty decreased from 30% of the population in 2011 to 24% in 2016, the year of the most recent survey on household living standards. However, the report points out that the poorest 10% of the population did not experience any growth in income since 2005. As a result, poor people in 2016 were on average poorer than the poor in 2005.

“Poverty reduction was particularly strong in cities and towns, in line with strong overall economic growth, but was relatively weak in the less connected rural areas of the country,” said Arden Finn, World Bank Economist and co-author of the report. “A major arising issue is the need to transition to non-farm livelihoods, with the more than two million annual new entrants to the Ethiopian labor market increasingly making a living from non-farm wage employment and self-employment. Additionally, the disparity in access to education between rural and urban households widens the gap in wage earning opportunities and therefore needs to be addressed.”

Although the services sector contributed to poverty reduction and is likely to increase as structural transformation gains pace in the country, the report notes the agriculture sector remains by far the most important. This implies that although agriculture is declining as a share of gross domestic product, its dominance in the livelihoods of poor people means that improvements in input markets, mechanization and land tenure will be needed to drive poverty reduction for at least the next decade.

Patterns of progress were different in urban and rural areas

“Poverty in urban areas fell from 26% in 2011 to 15% in 2016. Conversely, progress was more modest in rural areas, with a decrease in poverty from 30% to 26% over the same period,” said Carolyn Turk, World Bank Country Director for Ethiopia, Eritrea, Sudan and South Sudan.

Increased urban poverty reduction was the result of solid growth in employment and increasing returns to self-employment, according to the report.

Another key driver of rural poverty reduction was the expansion of the flagship Productive Safety Net Program (PSNP). The poverty assessment notes that the contribution of the PSNP to poverty reduction could further be enhanced by better aligning needs with beneficiary numbers, improving geographical targeting, and harmonizing the different food security programs and interventions.