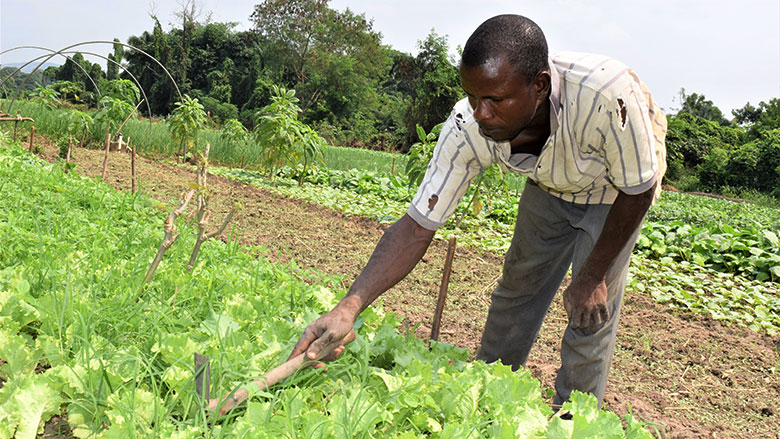 BRAZZAVILLE, September 20, 2019 – The Republic of Congo, a Central African tropical country with an economy based largely on oil production despite its wide variety of natural and mineral resources, is facing tough times. “Congo’s economic model is unsustainable. The procyclical strategy of immediately spending oil windfalls without having credible spending prioritization and oversight mechanisms in place has hampered the country’s ability to withstand oil price volatility,” explains Samba Ba, Senior World Bank Economist and author of the latest World Bank Economic Update for the Republic of Congo.

Entitled “Changing Course and Taking Charge of its Destiny,” the report notes that economic growth contracted for the second consecutive year and was forecast to be -3.1% in 2017 compared to -2.8% in 2016. This poor performance is attributable to the lingering effects of the economic crisis on the non-oil sector, where growth further contracted to -7.9%, unlike the oil sector, which benefited from a 15.3% increase in domestic production and the rebound in prices.

The combination of key socioeconomic factors also contributed to weakening the economic base. Violence in the department of Pool between 2016 and 2017 adversely affected the operations of the rail company Société des chemins de fer Congo-Océan (CFCO), disrupting rail transport between Pointe-Noire and Brazzaville.

The report also raises concern about Congo’s high level of public debt, which currently stands at an estimated 117.9% of GDP. Despite ongoing reforms to reduce public spending, the Government still has numerous commitments, increasing payment arrears to the private sector and overindebtedness.

In addition, the country has not yet replenished its foreign currency reserves, which had been depleted to the equivalent of less than one month’s worth of imports.

A fairly favorable outlook but an unsustainable economic model

On a more positive note, the report indicates that fiscal deficits were significantly reduced by almost 12 percentage points of GDP between 2016 and 2017, as a result of tighter public spending, which decreased by close to 27% between 2016 and 2017 while revenue fell by only 8% during the same period. This improvement is due to economic policy measures that have begun to bear fruit with lower inflation and a narrowing of the twin deficits (public finances and external accounts).

Oil production is projected to rise by 8.4% on average between 2018 and 2020, despite an expected downturn in 2020. Moreover, the prospect of a program supported by the International Monetary Fund (IMF) would pave the way for the Republic of Congo to also receive budget support from the World Bank, AfDB, and French Cooperation and thus facilitate the implementation of corrective measures.

The report notes that the economic situation nevertheless remains fragile and recommends a coherent, coordinated suite of reforms for the next three years. “The success of these reforms would provide complementarity and synergy for the continued strong performance of the oil sector to boost investor confidence, revive the non-oil sector, and restore the macroeconomic equilibria that have been disrupted since 2014,” states Etaki Wa Dzon, Economist and co-author of the report.

How can the economy be transformed?

The report concludes with a number of recommendations to change course and move away from an economic model deemed unsustainable. Its proposals include the introduction of far-reaching sector reforms focusing on improving the regulatory and institutional framework for the non-oil private sector; diversifying the economy, particularly the light industry; and shifting workers from low-productivity sectors to high-productivity ones. This will be achieved through increased access to better quality education, geared toward imparting the skills being sought on the labor market.