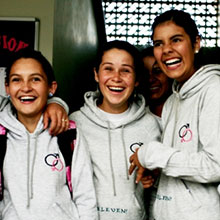 The World Bank In Colombia

The World Bank Group engagement with Colombia is structured around a model that provides development solutions adapted to the country, with an integral package of financial, knowledge and convening services.

households are reached by small farmers alliances in Colombia, supported by the World Bank

Colombia: Commitments by Fiscal Year (in millions of dollars)*

Find out what the Bank Group's branches are doing in Colombia.