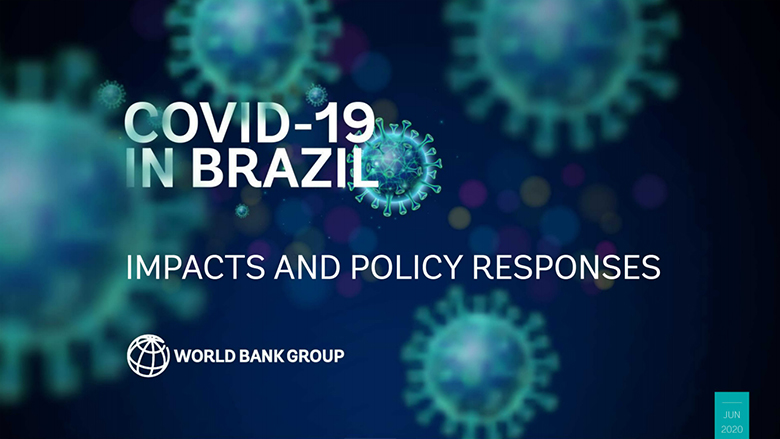 The COVID-19 pandemic is expo­sing Brazil to an unprecedented challenge. With a view to containing the pandemic, Brazil, as almost all other countries, has implemented measures to slow the spread of the virus (or “flatten the curve”). This was an attempt to avoid overwhelming the health care system with large numbers of severe case patients.

Although Brazil has one of the stron­gest health care systems in Latin America, ca­pacity is highly uneven across the country.The spread of the virus toward poorer areas with lower health care capacity, especially in the North and Northeast of Brazil, poses a threat to the system’s ability to respond to an increased demand for services. This would add pressure to the already overcrowded public health care system, and endanger more lives, particularly among the poor and vulnerable.

Even before the crisis struck, Brazil’s recovery from the 2015–16 recession was frag­ile, and its fiscal space was limited. Significant achievements to put the country on a path of rebuilding fiscal buffers, such as the 2016 spending cap rule (teto dos gastos) or the 2019 pension reform, did not have sufficient time to bear fruit before COVID-19 engulfed the world and Brazil.

The pandemic, and the health policy response to it, have essentially resulted in two shocks for Brazil: an external shock, including foreign demand and prices; and a domestic shock, as domestic demand and supply are af­fected by consumers’ decision to avoid physi­cal interactions, and by the restrictions on eco­nomic activity imposed to prevent contagion. In addition, as a net oil exporter, Brazil has also been hit by the oil price shock. Due to a sharp decline in demand, oil prices have been reduced by half, with some contracts even falling into negative territory in April 2020. The result of these three shocks is Brazil’s sharpest reces­sion on record.

The findings in this report aim to contribute to the ongoing dialogue on policy responses to the COVID-19 pandemic and economic crisis and assist policymakers to design policies going forward. This report considers data and policies adopted or announced up to June 25, 2020. It assesses the impacts of the crisis for the poor and most vulnerable, small and medium enterprises, subnational governments, infrastructure sector, financial sector, learning and education among others. In addition, it identifies possible measures to address remaining vulnerabilities to tackle the pandemic.