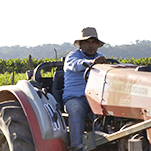 The World Bank in Argentina

The World Bank is swiftly supporting the efforts of Argentina to address COVID-19-related impacts, through new operations and by redirecting funds from existing projects.

allocated by the World Bank to strengthen the institutions of the public administration of the province of La Rioja.

Argentina: Commitments by Fiscal Year (in millions of dollars)*

Find out what The World Bank Group's branches are doing in Argentina.