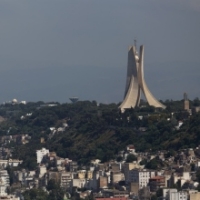 The World Bank in Algeria

Algeria: Commitments by Fiscal Year (in millions of dollars)*

The World Bank does not have any recent lending to Algeria. Please view the full Lending Portfolio

Find out what the Bank Group's branches are doing in Algeria and in the region.