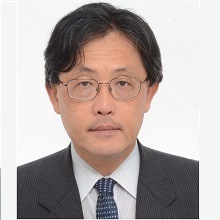 Takashi Miyahara, a Japanese national, is the World Bank Group Executive Director representing Japan since January 29, 2021.  Previously he was a senior official of the Ministry of Finance, the Government of Japan, whose career of service extends to thirty-four years. His recent works include the following:

as President of the Policy Research Institute of the MOF since July, 2020, he strengthened PRI’s engagement with foreign research centers including by establishing a few additional channels of communication with globally renowned ones;

as Senior Deputy Director-General of the International Bureau, he led a steering of G20 finance track discussion at an official level under the Japanese presidency in the latter half of 2019, as Japan’s Finance Deputy’s Deputy of the FMCBGs work stream. In the same capacity, he served as a Finance DD of Japan for the G7 FMCBGs as well, and collaborated closely with other group members on such issues as digital currency, cooperation with emerging economies, and debt sustainability of developing countries. Put in charge of formulating Japan’s positions on the IMF policy and operation, he also worked with the Fund on emergency response measures to cope with economic and financial impacts of the COVID-19 in the first half of 2020; and,

as Deputy Director-General, International Bureau, from July 2017 through July 2019, he oversaw planning, implementation and review of Japan’s MDBs policies, as well as the coordination of JICA and JBIC-related issues to promote Japanese ODA and other development assistance. In this capacity, he served as an IDA-deputy of Japan and worked intensively on IDA-19 policy discussion. He also collaborated closely with other capitals and the Bank management on the Bank Group shareholding review in 2018. In the first half of 2019, he led a preparatory work of the Japanese G20 presidency (the FMCBGs work stream) on all development issues of the presidency’s agenda, such as quality infrastructure investment, debt sustainability of developing countries, and global health through promoting affordable health systems for the poor and vulnerable under the concept of universal health coverage, for all of which the WBG provided significant support to the success of G20 2019.

Seconded from the GOJ, he also worked as an Advisor of the External and Corporate Relations VP, World Bank Group. He helped coordinate the WBG engagement with the G20 and APEC (both in the Finance work stream), and other multilateral forum in 2015 through the first half of 2017, around catalyzing private financing for infra investment, the compact with Africa, connectivity alliance, MDBs balance sheet optimization, and other agenda issues which were critical for the WBG.

He holds a B.A. in Law from the University of Tokyo and a Master of Public Policy degree from the Kennedy School of Government, Harvard University.