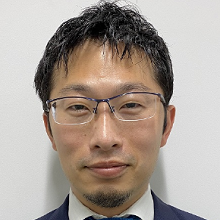 Mr. Tsuda has held various leadership positions at the Japanese Ministry of Finance.  Prior to coming to the Bank, he headed the Office of Planning and Coordination for International Affairs, being responsible for developing the strategic direction of the International Bureau and handling personnel management. Furthermore, during the Japanese G20 Presidency in 2019, as then-Director for Development Policy Coordination, he contributed to conceptualizing various development-related G20 agenda items, including quality infrastructure investment, debt sustainability and transparency, global health, and disaster risk finance. Among others, he was a drafter-in-chief of the G20 Shared Understanding on the Importance of UHC financing in Developing Countries, one of the key outcomes of the Osaka Summit. Also, back in 2016, he led a unit that was responsible for the global economic outlook, International Monetary Fund (IMF), and G7/G20 issues, playing a central role in managing the Japan’s G7 Presidency back then.

His expertise also extends to fiscal policy management. As the First Deputy Budget Examiner for Agriculture, Forestry, and Fishery (July 2017 - July 2018), he played a leading role in the modernization of the agricultural sector through comprehensive budget reallocation. Also, as Deputy Head of Fiscal Research Division (June 2016 – July 2017), he was in charge of producing a medium-term fiscal strategy, preparing macro-fiscal projections, and identifying social security reform measures.

Moreover, he has a wide range of experience in capital market research at the IMF. As a financial sector expert in the Monetary and Capital Markets Department (2010-13), he contributed to a series of the IMF’s Global Financial Stability Reports, undertook analytical works on sovereign debt markets, and published literature on the sovereign debt investor base (with Mr. Serkan Arslanalp). He also actively participated in IMF-WB TA missions on medium-term debt management strategy during this period.

He earned a Bachelor of Laws from Tokyo University and LL.M. from the University of Cambridge. Then he shifted his academic focus to economics and finance, and obtained an MA in Applied Economics from Johns Hopkins University and an MSc in Finance from London Business School. He is a CFA Charterholder.