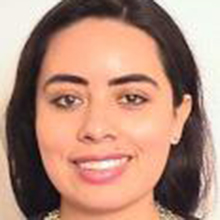 Silvia Carolina Lopez Rocha joined the Doing Business team in January 2017. She currently works on the Getting Electricity indicator.  Ms. Lopez Rocha is an attorney specialized in International Law and is qualified to practice in Mexico. Prior to joining the World Bank Group, she was the Chief Legal Officer at the Mexican-Chinese Chamber of Commerce, where she led the negotiations between the Mexican Government and transnational enterprises to foster trade and investment between China and Mexico. She developed Public Private Partnership (PPP) for infrastructure and energy projects. She specialized in economic and legal negotiations between Asia and Latin America and has represented Mexican companies that expanded their operations into mainland China.  She previously worked for the United Nations Office in Mexico, where she developed human rights programs to protect immigrants’ fundamental rights. She received her LLM in International Legal Studies from NYU. She speaks Spanish.