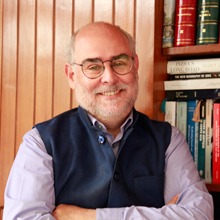 Sebastian Saez is a Lead Economist and Coordinator of The Trade and Competitiveness World Bank Program in India. Mr. Saez joined the World Bank Group in January, 2009. Before joining the WBG, he served as advisor to the Minister of Finance of Chile, and was involved in the GATT´s Uruguay Round negotiations. Subsequently, between 1994 and 1997 he was a member of the Chilean Mission to the World Trade Organization (WTO) where he served as Deputy Permanent Representative.  In 1998, as an official of the Ministry of Foreign Affairs of Chile he was Head of the Department FTAA - North America, where he was responsible for the Free Trade Agreement of the Americas negotiations. From August 2001 and July 2003 he was Head of the Department of Foreign Trade, Ministry of Economy of Chile. In this capacity, he participated in trade negotiations with European Union, Korea and the United States. In 2005, he joined the International Trade and Integration Division at UN-ECLAC. Since 2009 at the World Bank Group his work was focused on Trade in Services, regulatory matters and competitiveness. He is the co-author of Regulatory Assessment Toolkit: A Practical Methodology to Assess Services Trade and Investment Regulations, 2014 and Valuing Services in Trade: A Competitiveness Diagnostic Toolkit, 2014.