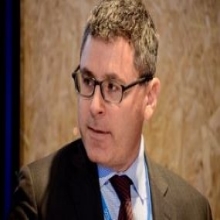 Scott is a Senior Financial Officer in the Investor Relations and Sustainable Finance team in the Capital Markets & Investments department of the World Bank Treasury. He was previously an advisor to the World Bank CEO where he covered Sustainable Development, Human Development, Africa, South Asia and MENA. His main responsibilities with the CEO were briefings, speeches, overseas trips and leading priority initiatives such as climate change and marine plastics.

Prior to working with the CEO, Scott was with the World Bank Climate Change Group where he coordinated the execution of the One Planet Summit in 2017 hosted by French President Emmanuel Macron and World Bank Group President Jim Kim. Previously he led the development of new financial instruments in the World Bank’s Climate and Carbon Finance Unit with responsibility for the Pilot Auction Facility, stakeholder relations and fundraising.

Prior to joining the World Bank in 2009, Scott worked in the Renewable Energy Group at Booz Allen Hamilton. He held previous positions with Lehman Brothers, the Overseas Private Investment Corporation (OPIC), lobbyist Reece & Associates, and the United Nations in Geneva.  Scott spent his summer vacations in college as a bicycle rickshaw tour-guide in his native Annapolis, Maryland, and narrating bus tours of Washington, DC.