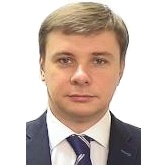 Mr. Kachur joined the World Bank Group Board of Directors in September 2016 as a Sr. Advisor after an extensive experience in Ukraine, in both public and private sectors. In 2017, Mr. Kachur was appointed Alternate Executive Director and held this position through August 2019. From 2019 through 2021, Mr. Kachur served another term as a Senior Advisor to Executive Director.

Prior to his career at the Bank, Mr. Kachur was a Deputy Minister of Finance of Ukraine from 2015 - 2016, in charge of the state budget for military, government, education, healthcare, and social care. During the major downturn in the economy, he played a key role in the fiscal consolidation process to reduce the budget deficit and in the implementation of the IMF Program on Ukraine’s macro stability.

Mr. Kachur served as a Deputy Minister of Economic Development and Trade of Ukraine and Chief of Staff in 2014. He was responsible for public procurement policy and implementation of e-procurement, state asset management and state-owned enterprises reform, and the Ministry’s Human Resources policy for 1,400 staff.