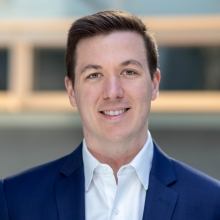 Robert is a Financial Officer in the Asset Management & Advisory Department of the World Bank Treasury, where he focuses on relationship management, strategic communication and business development for central banks, international financial institutions, public pension funds, and sovereign wealth funds.

Since joining the World Bank Treasury in 2017, he has also worked on other teams, including investor relations and the front office to the Vice President and Treasurer, where he helped promote Treasury’s broader communications goals. Previously he served as the Senior Advisor for U.S. Congressman Mike Honda (Silicon Valley) and the Senate Foreign Relations Committee under Chairman John Kerry. He has managed legislative and appropriations portfolios and developed targeted outreach and communications plans. He has appeared on MSNBC and been quoted in Roll Call, ProPublica and referenced in other domestic and international media outlets for his work in campaign finance reform. He is the founder of Raise Voices Not Dollars Super PAC, the then-first non-partisan super PAC to advocate for novel policy solutions and call attention to U.S. disclosure laws.

He is a former Network Fellow for the Edmond J. Safra Center for Ethics at Harvard University. He graduated with a Master of Public Policy from Georgetown University.