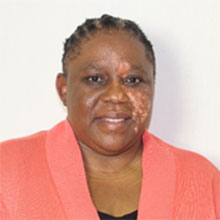 Nonhlanhla Zindela, a South African national, is the Resident Representative Eswatini, based in Mbabane.

Zindela joined the World Bank in 2013 as Senior Operations Officer for Botswana, Lesotho Namibia, Eswatini and South Africa. Prior to joining the Bank, she served as Assistant Representative at the UNFPA (2008-2013). She started her career with the South African Government (2001- 2008) working in areas of good governance and gender equality. She served in various departments including Public Enterprises, The Presidency and Public Service and Administration.

Zindela holds a master’s degree in Development Studies, a Postgraduate Diploma in Poverty and Socio-economic Security from the Institute of Social Studies, The Hague.

THE WORLD BANK IN: