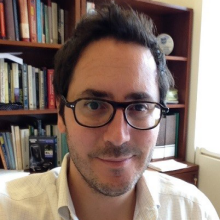 Michele Ruta is Lead Economist in the Macroeconomics, Trade & Investment Global Practice of the World Bank Group, where he leads the work program on regional integration. He had previous appointments as Economic Advisor to the Senior Director of the Trade & Competitiveness Global Practice (2015-2018), Senior Economist at the IMF (2013-2015), Counsellor at the WTO (2007-2013) and Marie Curie Fellow at the European University Institute (2004-2007). He holds a PhD in economics from Columbia University (2004) and an undergraduate degree from the University of Rome “La Sapienza” (1998).

Michele’s research interests are in international economics, and particularly on issues concerning international/regional integration. He has published in refereed journals such as the Journal of International Economics, the Journal of Public Economics, and the Journal of the European Economic Association. He was a lead author of the World Trade Report of the WTO between 2008 and 2013, and contributed to many policy reports, including the Global Economic Prospects of the World Bank, and the World Economic Outlook of the IMF. His work has been cited, among others, in the Economist, Financial Times, Guardian, Le Monde.