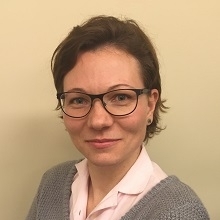 Melise Jaud is a Senior Economist in the World Bank’s Macroeconomics, Trade and Investment Global Practice. She is currently based in Vientiane, Lao PDR, where she leads the country work program on trade and competitiveness.

Melise joined the Word Bank in 2010 through the Young Professional’s program. Before arriving at the Lao PDR office, she was a core team member on the World Development Report 2020 on Global Value Chains. She has also worked in the Global Trade and Regional Integration unit, and in the Office of the Chief Economist for the Middle East and Northern Africa region. From 2015 to 2018, was part of the Faculty of Business and Economics at the University of Lausanne, where her work primarily covered international trade and economic development issues.

Melise is a French national, with a PhD in economics from the Paris School of Economics and an MSc from Imperial College London. Prior to joining the World Bank, she served as an Overseas Development Institute fellow in Mozambique.