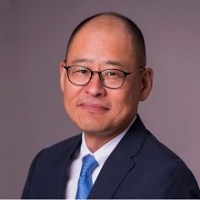 Mr. Yoshida has had a long career at the Ministry of Finance in Japan and held numerous leadership positions. His prior post before coming to the Bank was as Deputy Vice-Minister of Finance for International Tax Policy where he co-chaired the Forum on Harmful Tax Practices, Committee on Fiscal Affairs, Organization for Economic Cooperation and Development.

He has also worked in the international macroeconomic fields, including the capacity of Senior Deputy Director-General (G7, G20, FX policy), and led various offices at the Ministry of Finance: International Bureau, Budget Bureau and Tax Bureau, and Minister’s Secretariat.

Mr. Yoshida also worked at other international organizations; at the International Monetary Fund as an Advisor in the European Department, Mission Chief for the Czech Republic, and at the Asian Development Bank as an Assistant to the President.

Mr. Yoshida earned a B.A. in Economics from Waseda University, Japan, in 1984; and an M. Phil, Economics, Oxford University, U.K. in 1988. Also, he was a research associate, Center for International Affairs, Harvard University, Cambridge, MA.