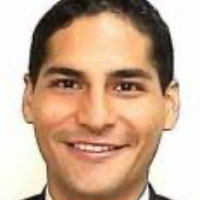 Marco Hernandez is the Lead Economist for Nigeria, based in Abuja, where he heads the program on macroeconomics, growth, trade, and investment policy. Previously he was the Lead Economist and Program Leader for Albania, Bosnia and Herzegovina, Kosovo, Montenegro, North Macedonia, and Serbia. During his career at the World Bank he has advised governments and conducted policy dialogue in various countries in Sub-Saharan Africa, Europe, and Latin America, working in low-, middle-, and high-income countries and resource-rich countries. He has published on several topics including economic growth and productivity, fiscal policy, trade, behavioral economics, and political economy.

Before joining the World Bank, Marco worked as an economist at Charles River Associates International based in Boston, focusing on economic modelling for the evaluation of public policies. He also worked as a consultant for the Ministry of Economy and Finance of Peru. Marco holds a B.S. in economics from the Massachusetts Institute of Technology and a Ph.D. from the University of Oxford.