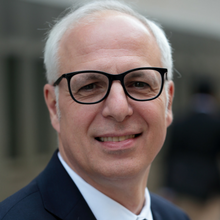 Lucio Monari is the Regional Director for the World Bank's Infrastructure department in the Europe and Central Asia region. Before that, he was the Director for Energy and Extractive Industries Global Practice since 2016, overseeing the Bank's activities in Africa, Middle East and Latin America and Caribbean regions. He was previously a Practice Manager in the unit, covering Eastern and Southern Africa. Before joining the Africa region, Mr. Monari worked in the Latin America and South Asia regions of the World Bank on several energy projects related to sector reform, private projects, energy access and renewable energy. Mr. Monari has published several reports on subsidies, energy issues and impacts of reforms. Prior to joining the World Bank, he worked in the international negotiations department of AGIP SPA, the national oil company in Italy.

Mr. Monari holds a degree in Economics from the University of Bergamo and an MBA from the Scuola Mattei in Milan, Italy.