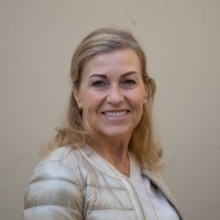 Prior to joining the WBG, Ms. Lind served as Norway’s Ambassador to Egypt and Libya (September 2019-July 2021) and Ambassador to Lebanon (2015-2019). Previous foreign service includes postings in the Middle East (Israel and Morocco), West Africa (Ivory Coast/AfDB), Europe (Denmark), the Permanent Delegation of Norway to the United Nations in New York, and the Permanent Delegation of Norway to the North Atlantic Treaty Organization in Brussels. She was seconded to the World Bank’s Vice Presidency for the Middle East in Washington, DC between 2009 and 2011.

As an international law expert, Ms. Lind has worked across many policy and operational areas in the Norwegian Foreign Service, with an emphasis on treaty law and law of the sea, as well as international negotiations. She has been responsible for securing and delivering humanitarian and development assistance in conflict-affected and fragile situations and is experienced in working with international partners on donor cooperation.  A seasoned practitioner in both multilateral and bilateral settings and in complex crisis environments, Ms. Lind is passionate about development, opportunity for change, and gender equality.

Ms. Lind has been a career diplomat with the Norwegian Foreign Service since 1991.  She is a lawyer from the University of Oslo (Norway) specialized in international law and law of the sea (1991). She also holds an interfaculty degree from the Universities of Oslo and Bergen (Norway) in social anthropology and comparative literature.