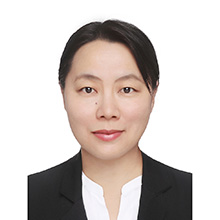 Ms. Junhong Chang is the Executive Director for China at the World Bank Group.

Previously, Ms. Chang was Deputy Director General of the Department of International Economic and Financial Cooperation, Ministry of Finance, P. R. China. She served as Director of ASEAN+3 Macroeconomic Research Office (AMRO) headquartered in Singapore, from May 2016 to May 2019, leading AMRO in conducting macroeconomic surveillance for ASEAN+3 members and supporting implementation of regional financing arrangements in the East Asia.

Ms. Chang graduated with a Master of Engineering degree from the Management School of Tianjin University in 1995, and held a Ph.D. in Economics from the Chinese Academy of Social Sciences (CASS) in 2012.