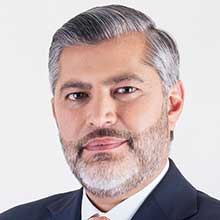 Juan Carlos Alvarez moved to Luanda as the World Bank’s Country Manager for Angola and São Tomé e Principe in 2022. For Angola, Mr. Alvarez will oversee programs to assist the country to expand its agriculture sector by improving smallholder productivity and agribusiness, cope with climate change challenges through the use of adaptation practices and technologies, improve access to electricity and water, provide and enhance social protection, support education and empowerment of women and girls, and promote a diversified and private sector driven economy.

For São Tomé e Principe the main focus will be improving access to electricity through the rehabilitation and expansion of hydroelectricity, supporting climate resilience through the protection of coastal areas, and enhancing the country’s social protection program by expanding the safety net for poorest households.

Mr. Alvarez began his career at the World Bank in 2000. He has been based in regional offices in Mexico, New Delhi, and Dubai, advising country offices on legal and policy issues related to Bank lending and other programs in countries as varied as Peru, Mexico, and Colombia, and Pakistan, Afghanistan, and India. He has moved to Angola from Ecuador, where he was also Country Manager.

Before joining the Bank Mr. Alvarez worked in the public and private sectors in Costa Rica. A Costa Rican national, he studied law at the Universidad Autónoma de Centro América, Costa Rica, and did his graduate studies in international law at American University in Washington, D.C.