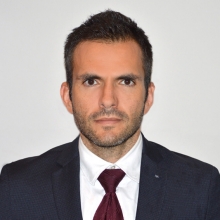 Josip Funda is an economist with almost 15 years of experience in the field of macroeconomics and fiscal policy. Before joining the World Bank, Funda held the position of Head of Real Sector and Budget Analysis Division in the Croatian National Bank and served as an economist in Fiscal Policies Division in European Central Bank (ECB). During his career he has worked on numerous projects ranging from the effects of human capital on economic growth, determinants of government borrowing costs to growth and equity friendly fiscal consolidation and productivity of public capital.

Funda also holds the position of Associate Lecturer at the Zagreb School of Economics and Management where he teaches Public Finances at undergraduate level. During previous years, he also lectured in Macroeconomics, Microeconomics and International Economics.

Funda holds an MA in Economics from the University of Zagreb, Faculty of Economics and he took many professional courses at the Joint Vienna Institute, the Bank of England’s Center for Central Banking Studies, the IMF Institute – Washington, the Fed - New York, etc.